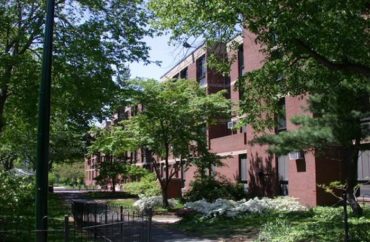 A University of Pennsylvania student is pushing for administrators to prioritize black students in the selection process for a specific dorm on campus, telling The College Fix that she is facing “a lot of resistance” from campus leaders in her efforts.

Kristen Ukeomah is a junior Health and Societies major and a representative in the school’s Undergraduate Assembly. She has been lobbying for Penn to show priority to black students in the Du Bois College House since November, she said in a phone interview.

The Du Bois House was founded in 1972 with a central theme of African culture. The residence’s website states that the dorm “strives to adhere to its original mission to support students of the African Diaspora by serving as a hub for activities that promote African and African American scholarship and culture.”

Ukeomah told The Daily Pennsylvanian last month that the house is built around “Black history, Black culture, and the contributions of Black people to this campus.” Now she wants that mission to extend to the house’s residential selection process.

“Penn has a standard to take in more people than just African Americans but [I would like to] have Du Bois be primarily black and show priority to black applicants,” Ukeomah told The Fix, adding that one of the founders of the house “had ambitions for it to be a residential program” for black students.

Ukeomah lived in Du Bois her freshman year and said that the dorm was then “primarily black.” At its historical height the dorm was nearly 95 percent black, but now it’s around 50 percent, she said.

She is not getting the response from university officials that she has been hoping for.

According to Penn’s discrimination policy, the university does not discriminate on the basis of race, color or ethnic origin. It is unclear if Ukeomah’s proposal would qualify as discriminatory under that policy.

The student said she would be open to a criteria-based form of admittance to the house.

If they can’t just take black people, make it into a residential program for students to apply to live there. You would qualify if you were black, taking an African language, majoring in Africana Studies, or you wrote an essay about why being in a house that focuses on African culture across the diaspora is important to you.

Ukeomah said the housing plan would partly be ameliorative in nature. “Penn exploits black bodies now and has for centuries now,” she said, referring to underpaid staffers and displacement of black people from their neighborhoods.

The activist dismissed concerns that the priority housing may be discriminatory.

“I think that any kind of reparative or restorative effort shouldn’t be seen as discriminatory. If anything, it’s like a corrective measure or a systemic apology,” she said.