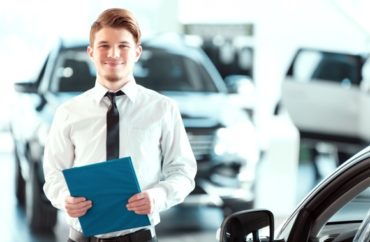 OPINION: ‘It’s a lot of work and can feel arduous at times. But it pays a lot more than your average internship and is allowing me to write a check for my own schooling well ahead of the game.’

Congress and President Biden are encountering, and resisting, pressure by activists to wipe away the close to $2 trillion in student debt. Progressives are bringing this pressure because paying for college has become a lifelong effort for many Americans. Instead of undergraduates chopping down their student loans while going to school, many put it off until they get the degree and are working professionals, assuming everything goes to plan.

To prevent this from happening to me, and further the goal of financial freedom, I decided to pay for school by selling cars at a car dealership. Working at a full time job throughout college both builds character and saves the average college student money, I believe. This column is not about my specific job, necessarily, but instead why students should trade the cliché college experience for learning a craft while at school.

Today, most people think of college as a four-year social gathering underpinned by a common interest in eventually earning a degree, amid the revelry of campus life. It’s difficult for undergrads to combat the culture of partying if they reside on or close to campus.

Personally, going to a commuter school made all the difference to deter the daily distractions. School became similar to a job, and I assume that would work for others as well — as the employed, non-dorm dwelling undergrad likely has places to instead of leaving class and dwelling on campus each day for four-plus years.

Doing something else and living somewhere else changes the game. Time spent on school grounds becomes more valuable since it is so limited. Moreover, the mind associates tasks with certain locations. For the working pupil, campus grounds are connected more to learning and less to letting go.

Luckily, remote learning is increasingly popular and lets students learn on their own time and do so without having to leave their living space, or do so while at work or in a place like a library or coffee shop. This saves students the high cost of living on campus — especially if living at home which is obviously incredibly less expensive in general.

It is important to note the high cost of college as well, although a select few pay much more than others. Some Americans have spared no expense in deciding what school to attend, and are still paying for it to this day, according to data provided by ValuePenguin.com.

Presently, there are nearly 8 million Americans with student loans that exceed $50,000 and spread all the way to over $200,000. In some places in the US, this is equivalent to taking on a small mortgage.

Now, a good car salesman will easily make over $50,000 a year, and could even reach the $200,000 range per year, depending on the dealership and pay plan, as the job is based on commission. Simple math will tell you that it is quite easy to pay for most schools if one is taking in this kind of income.

The undergraduate college degree is now perceived by many employers as equal to what the high school diploma once was, but that’s not the whole picture. Learning a trade that pays well, such as selling cars, while attending college leaves students with a second career option, as opposed to relying on getting a job contingent on having a BA or BS degree.

There can be very specific benefits to these jobs. For instance, selling cars forces one to learn how to negotiate effectively. Knowing how to negotiate as a young adult is a skill set that has a number of residual benefits later in life.

If you manage to find gainful employment while going through school, you have a few options that peers don’t. You can live a more luxurious lifestyle, for one. Or you can show that you have learned something about money by saving and investing in things like real estate, stocks, bonds, gold, retirement funds, and crypto currencies from every paycheck.

Either way, the financial fruits of your labor help you to earn the accomplishment of paying for school instead of it being financed by your parents or the government.

Anecdotally, I have heard employers state that college today solely proves that a job candidate can “follow directions and follow simple tasks” and that they are capable of “finishing what they started.”

To opt out of the popular college experience and pay for school out of pocket is something more. This duality proves that a person is performing at a higher level. The worker-student is maintaining a combination of responsibilities that require peak levels of discipline.

On paper, it provides job and grad school candidates alike with leverage over other applicants if they have comprehensive, full time and consistent professional experience earned while working toward a degree.

In terms of political perspective, exposure to all walks of life, including customers and colleagues, lets one escape the singularity of thought so common on campus grounds. The experience effectively disrupts the groupthink that is shared by students, professors, and administrators, and is pushed over and over again at American universities.

Additionally, the human nature of sales forces one to connect with clients and accommodate their respective wants and needs. This leads the way for the opportunity to come into contact with prospects and clients that may be professionally beneficial down the line. In my case, this has led to increased access to professional opportunities after graduation.

There are many cons to this path, as well as pros. It’s a lot of work and can feel arduous at times. But it pays a lot more than your average internship and is allowing me to write a check for my own schooling well ahead of the game.

MORE: Six surefire ways to save serious money on college