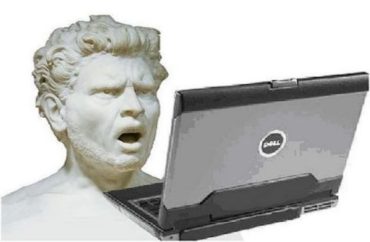 It was quite refreshing to read Stanford University sophomore YuQing Jiang’s op-ed a week ago titled “The distortive power of ‘perceived’ polarization.”

“Perceived Polarization,” Jiang writes, “are the differences that are not actually there. They are the differences we mistakenly assume exist between ourselves and others based on their racial, cultural, sexual, gender, socioeconomic or religious identities. And even when general differences actually exist, they are often exaggerated and sensationalized.”

Of course, places like Stanford do their very best to perpetuate these assumed differences (and then act all offended when someone acts on them — “how dare you ask me speak for my race/religion/gender, etc.?”), but if there’s one thing I’ve learned from my time at The Fix it’s that our universities aren’t even close to accurately representing America.

Combing through universities’ student papers one would think the U.S. is as oppressive as Stalin’s USSR or Amin’s Uganda … and that half our population is non-heterosexual.

And the times when you might, just might, gin up a bit of sympathy for some student’s perceived travails you move on to the paper’s next article — about how several students held a protest because campus dining halls serve insufficient quantities of tofu. Or something.

If you don’t consciously limit your time reading through these stories, you’ll end up pulling your hair out.

Jiang (rightly) notes media narratives shape public opinion to further polarization, such as how large numbers of Republicans allegedly believe racism no longer exists and how so many Democrats think police officers are ogres. Now I hadn’t watched a 6:30pm major network news broadcast in some 20 years due mainly to how ridiculously biased they are, but last week I swung by my parents for dinner. Like many early Boomers, my folks have no internet and mainly get most of their information from  network news and the local paper.

MORE: Toxic technology: How social media is making us dumb, angry — and addicted

If ABC’s “World News Tonight” was bad in the early 2000s, it’s awful now. (Keep in mind I was a regular viewer of this half-hour back when Frank Reynolds was anchor.) The second — second! — story was about some crazed southern-Asian man armed with an assault weapon in some small hamlet who had shot at a neighbor’s home. Police ended up shooting the guy dead and, of course, that was the angle: “Was it justified??” Aside from the fact it’s stupefying this made national news, ABC glossed over the moments when the cops arrived … and focused on the suspect’s parents’ complaints that police acted improperly.

Also covered in the first few minutes of the broadcast: Donald Trump’s recent meeting with Kanye ‘Ye” West and white nationalist Nick Fuentes. Not covered at all: The revelation that Democrats and the FBI colluded with social media giant Twitter to quell speech they didn’t like.

Of course, there’s an irony to all this: My low-tech folks get one-sided information from “traditional” news sources, whereas the modern tech-savvy generation, saturated with info, usually flocks to already-held-opinion-confirming outlets. The results are the same. 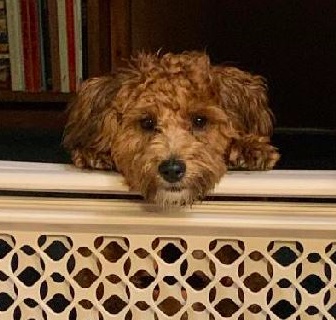 If I believed even a fraction of what I read in student and academic papers, I’d think most of my neighbors (a majority are minority) hate and distrust me because of my inherent “oppressor,” “privileged” and “supremacist” status.

I know it can be difficult to do these days, but make time in your day — a good chunk of time — to get away from most technology and experience what’s around you. Taking the dog (mine, Gus, is pictured) for a walk? Leave your smartphone on the night table. Going for a drive in the country? Keep the Bluetooth off. Flying somewhere? Curl up with a good book (something like this doesn’t qualify, by the way) instead of your laptop.

And during that walk with man’s best friend (no doubt some sociology-majoring undergrad will take offense to that term for dogs and write either an op-ed or class paper on how it’s “sexist” and/or “transphobic”) don’t hesitate to wave to your neighbors as they pass by or are working in their yards, or even to strike up a conversation with them. You’ll be pleasantly surprised at what happens.

MORE: Professor who quit Twitter: ‘I have not missed it at all. I am so happy.’