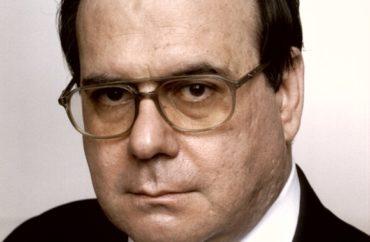 Editor’s note: Late last year, throngs of angry leftist students and social media warriors demanded that Mitchell Langbert, an associate professor of business at Brooklyn College, be fired for joking on his personal blog about the Brett Kavanaugh sexual assault allegations. Today his fall 2019 semester classes are overbooked and during the last 10 months he’s juggled several scholarly projects. The effort to ruin him failed. Here’s his story.

‘Indeed, you haven’t lived until you’ve been burned in effigy’

I spent my early life in left-wing neighborhoods in New York City and Woodstock, NY, but by the time I attended Sarah Lawrence College in 1973 I was questioning collectivism. I witnessed one corporate headquarters after another exit New York City because of high taxes and regulation. As well, Solzhenitsyn’s Gulag Archipelago opened my eyes to the blood-drenched shadows of socialism. In my twenties I read all I could about the Austrian economists and the Founding Fathers while I pursued a corporate career that ended because so many New York firms were moving to Atlanta.

So, after nine years in corporate America, I decided to get a Ph.D., but I realized that a career in academia, especially in the Northeast, required strict adherence to left-oriented ideology. Unfortunately, having landed a few academic jobs, I was unsuccessful at cloaking my views.

More recently, having read de Jouvenal’s On Power, I concluded that decentralization of federal power will be crucial to the rejuvenation of individual liberty. One concern is the living Constitution theory. Hence, the appointment of Justice Brett Kavanaugh last fall was a wonderful, miracle-on-ice moment, courtesy of President Trump. When the left and its media attacked Justice Kavanaugh, I made a joke about the allegations on my blog.

Someone was trolling my blog, and in response, there were campus protests. They also pounced while I was at the podium. The New York City-based newspapers (see here, here, here and here) joined in. I had been receiving publicity for work I had been doing on the absence of Republicans from higher education, but the intense media interest was a surprise. I received about 200 hate emails, including several threats. These were paradoxical because the writers were outraged that I had made light of the Kavanaugh sexual assault allegations, so they threatened me with sexual assault. One leftist named Carol D wrote: “Sir, I relish the thought of a gang of boys becoming men at your assholes expense. History will pull back your lizard skin and your pathetic attempt at being relevant will be exposed as nothing more than a losers fame grab.” The left-wing concern about words that harm is evident in Carol D’s work.

My initial response to the media phone calls and left-wing hate speech was, of course, stress, as well as some fear that I might lose my job. Within a few days, these were alleviated by the Foundation for Individual Rights in Education, which told me that not only do public employees have First Amendment protection but also that any contact from the college, such as an investigation, would justify First Amendment litigation. As well, I was referred to an attorney who told me that I should retain his firm only if the college administration broke the no-contact rule, which it didn’t. There were a couple of additional protections that frustrated protesters: First, the City University of New York has an academic freedom provision in its bylaws. Second, I have academic tenure.

One of the distortions in the media coverage was the implication that a large number of students supported the protests. In fact, only a couple of hundred out of 18,000 students at the college participated in the protests. About two or three percent of the college’s student-and-faculty body signed an online petition to have me fired. The other 97 percent did not spend a minute on the question. Many students were on my side, but because CUNY’s left-wing administration suppresses conservatives, these students were silent.

In thinking about how to respond to authoritarian attacks, practical concerns are important. The best defense against suppression is private resources. Back in the 1970s I knew a couple who had worked at the U.N. but was fired from the U.S. Embassy during the McCarthy era. They took their resources and founded a retail store that built on their international connections. Since I am close to retirement, I was not worried financially. Dissenters in an authoritarian climate need to strategize how to accumulate resources that enable them to remain independent.

I made one major gaffe: an apology. When I wrote the blog, I meant it as humor. A friend convinced me to write that I had meant the blog to be satirical in the tradition of Jonathan Swift’s “A Modest Proposal.” I later discussed this with a libertarian economist who had been attacked in the Las Vegas newspapers, and he agreed that one should never apologize. Apologies give the pro-Antifa media an additional wedge. (See this.) When the mainstream media attacked Stephen Moore in the context of his Fed appointment, he kept apologizing, and I wish he hadn’t.

Survive the attack I did. Within six months a Wall Street Journal editorial cited my work; a Texas public policy foundation hired me to do a study of a back-to-work training program; I continued to work on a project with friends at Heterodox Academy and the University of Maryland; Lou Dobbs of Fox Business put my name on the TV screen when discussing one of my articles on faculty political affiliation; and the National Association of Scholars, for whom I have written in the past, asked me to write an essay about the student protests at Sarah Lawrence College. As well, the Glazov Gang asked me to do a series of podcasts (and here and here), which have each gotten a couple of thousand hits. My classes have filled to the brim for the past two semesters, and this fall semester my courses are overbooked with waiting lists.

There were, of course, some adverse reactions as well. A young representative of a famous conservative foundation said that he did not want to work with me anymore, and a couple of people I had worked with or corresponded with in the past became cool. On the other hand, one of my friends, a well-known Austrian economist, was envious that the students had lumped me in with Kavanaugh and Trump in the protest. Indeed, you haven’t lived until you’ve been burned in effigy. On balance, the event enabled me to separate the cowardly chaff in my network from the imaginative wheat.

Having gone through the experience unscathed and better off, I am concerned that many others who have been outed by the left-wing, authoritarian mob lack defenses. My case is exceptional because of my public university, First Amendment, and tenure protections.

I have contacted a number of leading conservatives and suggested that steps be taken to organize a support-and-activist group. Such a group could include a response group that might overwhelm media and corporate Antifa sympathizers with protest emails as well as an advisory group that could provide guidance to victims. So far, I have heard nothing back. Unfortunately, conservative and libertarian leaders continue to suffer from a political wimpiness that ensures failure. Ultimately, we need to ask whether the moral compass of a media based in New York City is of value or relevance.