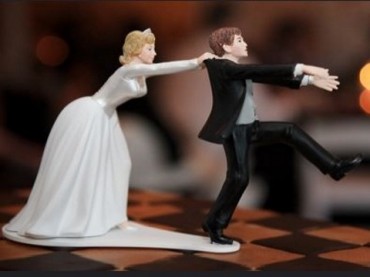 OPINION: In their mission to champion women, feminists decided that being male is the ideal

Women are now liberated! No longer must we be judged solely on the children we bear. Now, we can find satisfaction outside the home, in a fulfilling career. And have a lot of free, unattached, sex.

Some people would find these sentiments to be beautiful and encouraging. Personally, I am troubled by them, because they measure women’s success according to male standards.

Women and men are equal, in that both sexes are human and therefore deserving of freedom and respect.

But we are also different, inherently so, elsewise abortion could not be considered a women’s issue. If indeed abortion is only a female issue (which I don’t agree with, because it takes two to tango) then is it so because it affects a women’s health? Or maybe it has more to do with the fact that women are uniquely created (or evolved to be) capable of bearing children. This is something women can do that men cannot. Ever. It is a uniqueness that is unattainable to men.

Historically, that uniqueness was reflected in the division of labor in a marriage. The one incapable of producing offspring was forced to contribute in the one way that he could – working to provide financial security for the household. The one who birthed the children could stay home, to create a warm and ethical household in which to raise the children.

Over the last century, feminists decided that women’s role in nurturing and raising children was not due to a natural instinct. Instead, they declared that traditional female roles were a result of socialization and indoctrination by a paternalistic society designed to keep women subjugated and in the home. Women, they further asserted, were just as capable as men of working outside the home, where the “real power” lies.

These feminists were the greatest victims of the so-called patriarchal society.

The stay-at-home moms whom the feminists deride have a much better understanding of the power and importance of women than do the feminists. These moms, (often religious but not always), recognize the importance of child-bearing and child-rearing. They understand that real power and influence derive from the ability to mold young minds and to raise a generation of decent people. This goal is more instrumental in the enhancement of our society than any contribution made by a successful CEO.

These women define women on women’s terms. The male definition of success is typically based on career. Historically, the man provided for the material needs of the family and the woman focused on its emotional needs. These are equally important needs, and they rely on each other.

Yet, many feminists are convinced that the traditional male role of providing material goods for the family is more important, more essential, and more fulfilling than the roles filled by woman.

It is ironic that, in their mission to champion women, feminists decided that being male is the ideal.

Thus, the emulation of males has not stopped at employment opportunities. It has facilitated promiscuous behavior among women. Aspersions have been cast upon women who choose traditional female roles. The emasculation of males is considered desirable and is the subject of much entertainment. The line between the sexes has been blurred and confusion reigns supreme.

I say enough is enough. Women should stop assessing their accomplishments and worth based upon male models of success. It is time for women to reclaim what it is that makes us unique and revel in it.