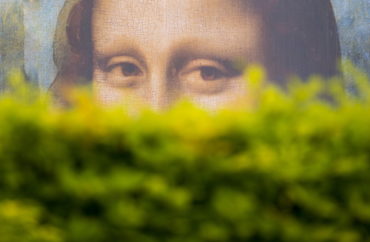 OPINION: The decision suggests that there is something wrong or problematic with the study of the Western canon

In mid-January as I sat down for the first lecture of “Introduction to the History of Art: Renaissance to Present,” I expected nothing more than a simple overview of the course.

However, when Tim Barringer – a well-know professor and the Director of Undergraduate Studies in the History of Art Department – began his lecture, it was abundantly clear that this was no normal syllabus day; he opened by noting that this semester would be the last time the course is going to be offered. The rest of the lecture was spent justifying that troubling decision.

The fact that a class was ending is not surprising or controversial in itself. Courses frequently come and go as professors and departments deem fit and evolve. What makes this choice especially remarkable, and deeply regrettable, is the reason why the Introduction to the History of Art is being removed.

Throughout his lecture, Barringer made it abundantly clear that the impetus for the change was political. According to Barringer, having a survey course focused on Western art is deeply problematic. He persistently stated that the implication of having one seminal introductory course on Western art necessarily diminished the significance of other non-Western courses. Thus, in order to rectify this injustice, the department is replacing this introductory course, which has been offered for over half a century, with a series of introductory courses such as “Art and Politics” or “Global Craft.” Barringer assured his audience that all of the pieces covered in the current course would continue to be taught, just in different contexts.

Sitting in the crowded auditorium, I struggled to follow the logic behind the decision to disband the course. Despite his efforts, I felt that Barringer’s justification was insufficient for two reasons.

First, removing the course is a direct disservice to undergraduate students. Many of us in the class – which had to be capped at 300 due to the tremendous demand – do not intend to major in art history. Yet, my classmates and I were drawn to the class because it affords us the opportunity to study the most important themes of Western art in one course. Denying students the opportunity to learn the basic principles Western art, or any subject for that matter, is a fundamental challenge to the proud liberal arts foundation of Yale, one that aims to introduce budding scholars to a wide range of topics and fields of study.

Without this course, students will have to take multiple classes to learn about the totality of the Western art canon. This is both an unrealistic expectation to have for students and an unnecessary hurdle to place in their pursuit of knowledge. Further, no matter the skill of the professors, segmenting Western art into smaller classes makes it more difficult to study. Thus, it will now be more difficult, both intellectually and logistically, for students to grasp the major themes of Western art and to understand how those themes shape the culture that surrounds them.

Second, the decision suggests that there is something wrong or problematic with the study of the Western canon. As scholarly and popular attitudes about the canon change according to the politics of the time, there is nothing wrong with updating the way we look at the classics. Universities all over the world, including Yale, have amended curricula and introduced new courses in order to better reflect historical realities, or to provide newfound analysis of these seminal texts. I wholeheartedly support these efforts, and I think we are all the better for it.

This process must not forget that the classics are still significant, and they deserve to be examined, analyzed, and critiqued extensively. Indeed, the work of Plato, Locke, Dante, and Shakespeare is no less essential to understanding Western society than it was a century ago. The same goes for the masterful works of artists like Michelangelo and Monet, to whom the Western world also owes a significant cultural debt. Through philosophy, literature, and art, these individuals and many more have had an unquantifiable effect on the way we see the world. Understanding them could not be more important.

The decision to eliminate the class robs students of this opportunity to study the Western canon of art as a whole. As new areas of study emerge and academia evolves further, scholars would be well served to remember that diversity is more effective when it is additive, not destructive.

Mahlon Sorensen is currently a Sophomore at Yale University, studying military history. He is originally from New York City.