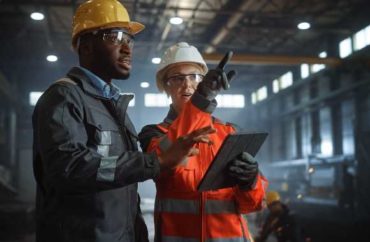 Eight research teams at the University of Michigan received funding for their projects aimed at exploring “persistent racial disparities embedded in systems ranging from health, education and wealth to criminal justice and infrastructure.”

The funded projects ranged from “Epistemic Reconstruction: Teaching Engineering Through the Lens of Urban Blackness” to “Does Critical Reflection about Institutionalized Racism and Climate Change Promote Critical Action among Indigenous Peoples in the U.S.?” according to the news release.

“The purpose…. is to examine the effects of recasting engineering knowledge through the legacy of Black folks’ making, and making do, in urban spaces,” Holly wrote in his email.

Holly also referenced an article he wrote for the American Society for Engineering Education to explain why it is important to address “anti-Black racism” in the pedagogies used by professors.

“Engineering focuses on problem-solving, and one of the biggest problems in engineering education is the lack of validation that Black minds matter—even while many proclaim ‘Black Lives Matter,’” he wrote.

Holly’s project received $50,000 along with six other projects, according to Kim Broekhuizen, a spokesperson for the university.

The project “Developing anti-racist faculty evaluation practices through an understanding of epistemic exclusion” would receive just under $100,000 in funding, according to Broekhuizen.

That project aims to “survey U-M faculty to understand whether there are race, gender and academic field differences in their experiences of scholarly devaluation and how these experiences affect their workplace attitudes and intentions to remain at U-M and within academia,” according to the news release.

Broekhuizen stated that the projects were chosen from applications submitted by faculty to a selection committee chosen by the research office..

The Fix also reached out to one of the researchers on the project “Does Critical Reflection about Institutionalized Racism and Climate Change Promote Critical Action among Indigenous Peoples in the U.S.?” and asked what the primary goals of the research were, how the study of Indigenous people will further climate change research and to specify the intersection between institutionalized racism and climate change. The research team did not respond.

Nor did Trachette Jackson, the diversity director for the office of research. Jackson stated in the news release that achieving “equity and justice for all” requires “that we gain a deeper understanding of the complex racial inequalities that are embedded in nearly every facet of our society.”

The Fix asked Jackson how she hoped the research would be used and to provide timelines for its progress. Jackson referred The Fix to Alex Piazza, the a different spokesperson, who has not responded to an email sent on September 13.

This is not the first round of grants the public university has given out to fight racism.

The Center for Social Solutions and Poverty Solutions at U-M granted $260,000 in 2020 for the interdisciplinary project “Confronting and Combating Racism.” Funded initiatives included similar research, including “The Study of Black Families’ Response to COVID-19 in the Support of Mathematics Learning,” and “Beyond Rhetoric: Confronting and Combating Racism in Genesee County, Michigan.”