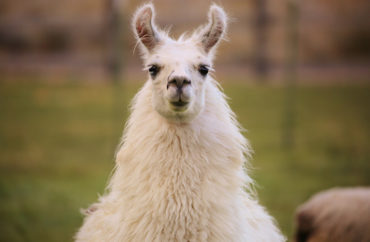 Llamas came from farm that ‘specializes in llama-based therapy programs’

A group of “therapy llamas” recently showed up on Stanford’s campus, appearing as part of a promotion for a Stanford alum’s new mental health app.

The group of llamas showed up at the school to “decrease stress and promote wellness on campus” as well as promote an alumnus’s app which “aims to promote mental health by allowing its student users to find on-campus peer support,” The Stanford Daily reports.

The alumnus, Paul Watkins, said that he created the app, called Vibe, due to “his own stressful experience studying at Stanford.” According to its listing on the Apple app store, the app “lets you to talk about what matters to your mental health and to find community support from folks directly around you.”

“Whether it’s experiencing anxiety, admiring nature, or identifying as a first-gen student, your wellness is comprised of a variety of identities. Vibe aims to respect and assist that,” the listing says.

The therapy llamas are no strangers to helping students work through mental health issues, The Daily reports:

The llamas came from a farm about 150 miles east of Stanford called Llamas Circle of Home, which houses 26 llamas and specializes in llama-based therapy programs. According to their website, their llama-assisted therapy encourages “improvement in human physical, social, emotional and/or cognitive functioning.”

The llamas were reportedly a popular attraction on campus. One student claimed the presence of the llamas made it “the best day [she’s] had at Stanford.”

MORE: No. of emotional support animals at Yale increased by 1400% in last year