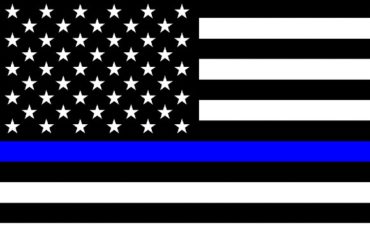 ‘Communicates a threatening and exclusionary message’

Leaders of the Law Enforcement Torch Run for Special Olympics Pennsylvania have been instructed to make their future events completely apolitical — including ensuring that the thin blue line flag is not held aloft by participants at Villanova University.

The announcement was made recently after Villanova University students protested the presence of the flag at part of the charity run at the Pennsylvania campus last month.

The run brings together law enforcement and corrections officers from across the state to raise funds and awareness for Special Olympics athletes in Pennsylvania.

While the “Blue Lives Matter flag … means different things to different people, the flag is a political statement that communicates a threatening and exclusionary message,” states an open letter from the Villanova Special Olympics Management Team and DEI & Awareness Committee.

“We recognize how this occurrence detracted from people’s experience with Fall Fest and we sincerely apologize for this,” adds the letter, dated Nov. 12.

“…Moving forward, steps will be taken. We are in communication with [Special Olympics Pennsylvania] to share that Fall Festival at Villanova doesn’t support the representation of political messages and it is of upmost importance that our event is safe for everyone.”

The Villanova Black Student Union said on Instagram the presence of the flag was upsetting to many students, an “unfortunate experience,” and prompted a “high volume” of complaints.

The group stated it would take part in an “emergency meeting” with the Office of Student Life over the incident.

The Villanovan student newspaper reported Nov. 25 that because “the flying of the Blue Lives Matter flag elicited negative responses from several multicultural organizations, such as the Black Student Union and the Latin American Student Association, the University’s Special Olympics organization also thanked them for coming forward and providing them with an opportunity to learn.”

The Torch Run serves as a kick-off event to the Fall Festival competition at Villanova University, said Hailey Fuzak, a spokeswoman for Special Olympics Pennsylvania, in a Dec. 6 email to The College Fix.

“Special Olympics Pennsylvania is an apolitical organization, and we take any forms of self-expression that infringe on the rights or values of others seriously,” she said.

“Our priority is building a more inclusive world for our athletes and individuals with intellectual disabilities. We hope through respectful, open dialogue, greater understanding will be gained for moving forward.”

However some police officers have defended the flag’s presence, including pointing out that the terminology being used by campus stakeholders that the flag is a “Blue Lives Matter” flag is wrong.

“It derives from the thin blue line, which has been around for decades and is associated with law enforcement as a group of individuals standing between order and chaos,” Officer Christopher Four told The Villanovan.

“It’s a symbol that unifies us. It’s not us against them. We absolutely include everybody in this and it has nothing to do with resistance to any other political movement or anything.”

And Officer Brady McHale told the newspaper: “We’re just as much a part of this community as everybody else.”