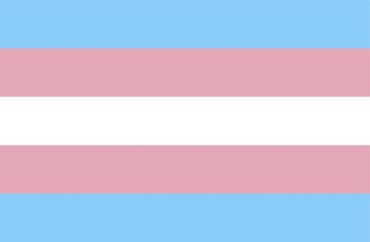 Only one of them has switched back: report

One doctor and medical school professor at the University of Southern California is reportedly responsible for guiding some 1,000 children into transgender identities, according to a Reuters news report.

Johanna Olson-Kennedy is an associate professor of clinical pediatrics at USC’s Keck School of Medicine as well as the medical director of the Center for Transyouth Health and Development at the Los Angeles Children’s Hospital. Olson-Kennedy has advocated “gender affirming treatment” for significant numbers of children who claim transgender identities, comparing them to diabetic patients who need insulin.

She has also advised that the minimum age for cross-sex hormones treatment can be as young as 8-years-old.

According to Reuters, Olson-Kennedy has worked with about 1,000 children and youths, assisting and affirming them as they adopt a transgender identity. Writing on Olson-Kennedy’s work helping transgender youth with “social transitions,” the news service reported: “Of some 1,000 patients [Olson-Kennedy] has dealt with, only one switched back to the natal gender.”

That rate of successful “transition” is staggering when compared to the purported average. At PsyPost, writing on numerous studies analyzing the long-term experiences of transgender youths, clinical psychologist James Cantor writes that “the majority of kids cease to feel transgender when they get older.” Cantor cites research indicating that the rate of “desistance” in transgender children ranges from 54 percent to around 90 percent, depending on the study. The desistance rate for Olson-Kennedy’s patients appear to be around 0.1 percent.

Olson-Kennedy, the Keck Medical School and the Center for Transyouth Health and Development all declined to comment for this story. Olson-Kennedy initially indicated a willingness to speak to The Fix about transgender clinical practices; later the professor wrote: “I have been advised by my PR people to pass on this.” Olson-Kennedy did not respond to further queries about the 1,000-patient number cited by Reuters.

Some of Olson-Kennedy’s critics point to a seven minute recording from 2017 in which the professor relates a story about dealing with a purported transgender student.

At one point during the recording, Olson-Kennedy is heard relaying a story about a young patient who was struggling with gender confusion:

And the kid turned to the mom and said, “I think I’m a boy and the girl’s covering me up.”

“It was an amazing experience,” Olson-Kennedy told her audience.

The doctor provides a wide variety of transgender-related services to children as the Medical Director of the Center for Transyouth Health and Development.

Via @MLaidlawMD : In 2017, Dr. Johanna Olson-Kennedy informed the @NIH that minimum age for cross-sex hormones was now reduced from 13 to 8.

Despite the sheer number of kids the professor has assisted in “transitioning,” Olson-Kennedy is apparently unable to explain how to tell if a kid is actually trans. The doctor told the Human Rights Campaign: “In much of the current research about this, there isn’t a clear consensus in the community or among providers.”

“The truth is that we don’t really know whether that child who is gender non-conforming in childhood is going to go on to have a trans identity in adolescence or adulthood.”

MORE: Most children who identify as transgender are faking it, says psychiatrist