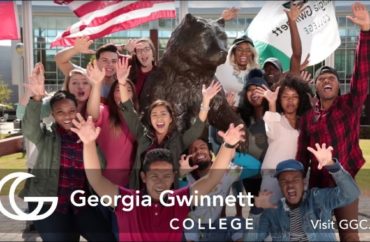 Public officials ‘know how to game the legal system’

If you live in Alabama, Florida or Georgia, your public officials can violate your constitutional rights with no legal repercussions as long as they change those unconstitutional policies after you sue them.

That’s because the 11th U.S. Circuit Court of Appeals threw out a lawsuit against Georgia Gwinnett College for twice blocking a Christian student from sharing his faith on public grounds – even when he relocated to its tiny “free speech zone.”

It’s alone among 13 federal appeals courts in giving public officials the green light to violate the constitutional rights of individuals so long as they revise those policies during litigation, according to the Alliance Defending Freedom.

The public interest law firm wants to put a stop to consequence-free constitutional infringements by petitioning the Supreme Court to overturn the 11th Circuit.

The mootness issue was teed up a year and half ago by a federal district court, which ruled that since Chike Uzuegbunam had already graduated by then and the college had reined in its speech-squelching policies several weeks after he sued, there was no dispute left to resolve.

A current student, Joseph Bradford, is a co-plaintiff because the college’s pre-litigation actions against Uzuegbunam – slapping him with “disorderly conduct” while in the free speech zone, because he offended someone – have chilled Bradford’s plans to engage in similar evangelism.

“Most federal courts will decide the constitutional question even if the government changes its policy because doing so prevents future misconduct and vindicates the essential freedoms that the Constitution protects,” the alliance wrote Friday. The brief says:

[T]he Eleventh Circuit’s outlier view allows these institutions to violate constitutional rights with impunity—avoiding judicial review through a well-timed policy shift. This rule sends a clear message to students when school officials trample their freedoms: “Don’t bother retaining counsel; we know how to game the legal system.” And it signals that colleges can keep censoring students without consequence, without clarifying the law, and with the cover of qualified immunity [which shields public officials from liability unless the law is already “clearly established” that their actions were wrong]. This Court should intervene and declare that federal courts remain open to everyone when colleges violate students’ constitutional rights.