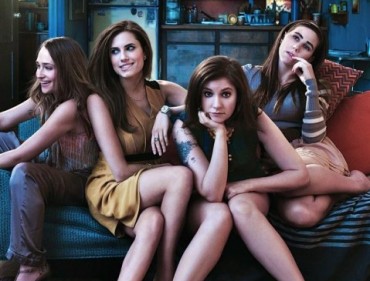 From reality shows, to Youtube, to HBO hits like Girls and Shameless, the material labeled as art and/or entertainment has really deteriorated – to the detriment, especially, of heavy media consumers like those of us in the 18-24 year-old demographic.

Sure, some of us like to read books, some enjoy gardening, and others like shooting hoops or baking or going for long bike rides. But far, far too many of us, especially in my generation (and including myself), spend a large portion of our time filling our brains with complete garbage via both the internet and television.

Our age group is already far less inhibited than previous generations, due to growing up in a world where the internet and Facebook fostered an almost constant stream of personal revelations laid bare for all to see. Perhaps that’s part of the reason we don’t question the “revelations” of those who produce the programming with which we fill our minds, and our hours.

Now, there are those (generally older people) who look at this programming with intense distaste, and then call for more censorship, particularly regarding lewd and inappropriate behavior on television.

But I don’t think it’s the government’s job to censor lewd content, especially on paid cable channels. I do, however, think that the individuals who create and air these shows ought to seriously consider the ramifications of what they’re disseminating, and that a discussion of those ramifications is long overdue.

Perhaps even more to the point, the individuals in my generation need to learn to change the channel.

Well, not necessarily because it causes people to emulate bad behavior.  People are free to make their own behavioral choices, and no movie or TV show forces them to do anything.

But shows that unflinchingly depict the reality-show style exhibitionism that we see in Girls, or scripted shows like Shameless that dwell on the most abominable subjects (like pedophilia) from the very dregs of society in an effort to reflect “reality,” or shows that portray real people trading their dignity for a fleeting glimpse of fame or a few lousy bucks by engaging in degrading and humiliating acts (take your pick of numerous reality shows) – can anyone honestly justify how this is a productive use of time for any of us?

Wallowing in the ugliest the world has to offer generates nothing positive in one’s life. It does, however, desensitize us to that very ugliness – and that’s not a good thing for the individual or for society.

When people of my age group (and, of course, younger teens) see “Hannah” and “Marnie” consistently having casual sex with any and every guy they meet on Girls (including gay men – why not throw that in the mix, too) – or, even worse, girls lining up on The Jersey Shore and other reality shows to sleep with the “stars,” how can that not affect how we think about sex?

Again, watching it doesn’t translate to losing the ability to distinguish certain behaviors as right or wrong, and we may still hold to higher standards – but it absolutely desensitizes us to the consequences of abdicating those higher principles or guidelines. In other words – the very popularity of these programs indicates that shame is really no longer a factor.

“Shameless” is a pretty fair description of the society these programs portray. They are obscene and crass. I’ve often heard people from previous generations make the case that there is a moral issue with pornography and lewd behavior because it causes temptation or is alluring to some people, but in the sexual encounters in these types of shows, it’s revolting, not intriguing. In fact, it is so repetitive that it loses its intended effect, successfully desensitizing the viewer.

If there’s no shame – it’s no big deal! – to get drunk and have casual sex with a man you’ve just met, and there’s no social stigma to posting all about your drunken or sexual exploits (or deepest feelings, for that matter) online, and it’s perfectly normal to be entertained by videos of other people humiliating themselves – then obviously there’s no harm in me “having a little fun” too, especially if it doesn’t go that far? After all, no young person wants to be “the weird one,” and if life is a spectrum between uptight prude and Jersey Shore, then most of us feel pressured to be somewhere in between, right?

But there is real harm, in that “in between” space, because that spectrum has gotten longer and longer, and it’s only traveling in one direction. When the extremes grow more and more outrageous, and are not only tolerated but celebrated in the media we consume, then a healthy “in between” place becomes harder and harder for a young person to find.

My epiphany on this issue arrived after watching a few recent episodes of shows like Girls and Shameless, and realized they actually left me feeling dirty. Sex is no longer something meaningful to share with someone you love, but cheap and meaningless – an activity to occupy time – with no more emotion or thought than a trip to the bathroom. This is depicted as quite normal. Nothing is inappropriate to see or talk about, nothing is shocking or disgusting, and there is no standard of decency. These shows are the intellectual equivalent of filling your body with a dozen donuts; you think they taste good while you’re eating them, but they lose their appeal the more you eat – and they leave you feeling nasty afterwards.

Unfortunately, many of my friends have told me, “I love Girls because it’s just so realistic.” But even if there are realistic elements, why is that, in itself, something to be celebrated? It’s tragic that 18-24 year-olds are living these kinds of meaningless lives and in these kinds of self-loathing relationships – the last thing they need is to spend time absorbing more of the same on their TV screens.

If these shows actually asked any meaningful questions about this type of behavior, or even thoughtfully depicted consequences, one might argue that the programs provided some benefit to viewers or society at large. But they don’t, and they’re not particularly creative, and they’re not exactly art either. And it’s an embarrassment that we reward this material with Emmys.

I’m not going to say that we should take shows like this off the air, but I am going to say that all of us as individuals should be able to recognize that not everything that’s out there is worthwhile, or a good use of our time. I picked on Girls and Shameless, but they’re just two examples among many.

As for me, I think I may switch my viewing habits to programming that has at least some redeeming value. I’d rather watch something that features thoughtful and engaging storylines and that respects the human dignity of the characters, as well as my dignity as a viewer (Downton Abbey anyone?), than shows that leave me feeling like I’ve contracted an STD just from watching.

Or maybe I’ll go for a long bike ride.

Fix Contributor Emily Schrader graduated from the University of Southern California in 2011. She currently attends graduate school at Tel Aviv University in Israel.