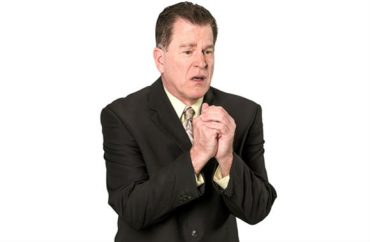 Something strange happened to fraternity life at the University of Colorado-Boulder after the school tried to impose new regulations on them in 2005.

Fraternities called the school’s bluff, broke away from campus en masse – and thrived.

Now a year after CU-Boulder invited them to reaffiliate, not a single fraternity has taken up the school on its offer, preferring to remain under the umbrella of the independent Boulder Interfraternity Council.

It didn’t help that CU-Boulder threatened their members with student conduct proceedings in January for chalking on campus sidewalks to promote spring rush events, among other slights toward the IFC.

MORE: CU-Boulder kicked frat brother off campus before telling him he was accused

The president of the only recognized fraternity in the entire CU system told The College Fix that affiliation has been worth the hassle, but credited the IFC with success outside of school support.

It would likely take a “large amount of benefits” to entice Boulder fraternities to return to campus, and “the decision to affiliate lies directly in the hands of IFC,” said Travis Tafoya, president of the Sigma Alpha Epsilon chapter, which is starting its third year at CU-Colorado Springs.

‘New and better relationships’ since independence

After the hazing-involved death of Lynn “Gordie” Bailey, a freshman pledging with Chi Psi at CU-Boulder, the school demanded all fraternities sign a new agreement that would have delayed rush until spring and required each to have a live-in supervisor, the Daily Camera reported.

That was a bridge too far for the fraternities, which disassociated with the campus and formed an independent entity named the Undergraduate Interfraternity Council at the University of Colorado, Inc.

This group operates as its own governing body for the Boulder fraternities, which cumulatively have more than 1,500 members.

Its “Statement of Community Beliefs,” last affirmed in January, says the IFC has “formed new and better relationships” – including with university and community organizations – and “established higher standards and expectations” since leaving campus.

They don’t want “rapprochement” or “reaffiliation” with CU-Boulder, but will invest all their efforts into becoming “the best fraternity community in the nation,” the statement says.

‘They feel disrespected and bullied’

The independent fraternities felt “blindsided” a year ago when the university said it was creating its own fraternity community, and Delta Sigma Phi backed out of talks to join the new community, opting to instead join Boulder IFC, the Daily Camera reported then.

Fraternity leaders accused the administration of singling them out for enforcement of anti-chalking rules shortly after that; the Daily Camera noted the administration didn’t enforce its “facilities policy” against a fossil-fuel divestment group, which camped out for three days on the quad.

They also complained that the university suddenly objected to their legal name – which ends with “University of Colorado, Inc.” – for the first time in a decade, and that CU-Boulder started to charge the fraternities for use of facilities.

“It pisses them off,” IFC adviser Marc Stine told the Camera: “They feel disrespected and bullied.”

The administration blamed the independent fraternities for breaking off negotiations to rejoin – and put themselves back under onerous regulations – last year.

When Sigma Alpha Epsilon came to CU-Colorado Springs in 2014 – the same year the national fraternity eliminated the pledge process and its associated hazing – it had a reputation as the deadliest fraternity in the country.

The Colorado Phi chapter remains the only social fraternity officially recognized in the CU system – a big accomplishment for the fraternity, according to Tafoya, the chapter president.

Support from administrators is “beneficial in creating a meaningful undergraduate experience,” Tafoya said, adding that he is focused on “setting the example of what a fraternity and university relationship looks like when handled correctly.”

Though the IFC doesn’t want to submit to university regulations, Tafoya said the “extra oversight does give our Chapter a push towards longevity through responsible behavior.” This stands in contrast to both old and new fraternity chapters around the country that get shut down over easily avoidable situations, he said.

The IFC didn’t respond to Fix requests for comment.

MORE: Indiana U. frats give up their 4th Amendment rights

EDITOR’S NOTE: The author is a member of Sigma Alpha Epsilon at CU-Colorado Springs.