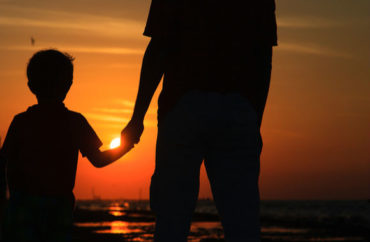 ‘There’s no direct precedent (one way or the other)’

A university trustee who was fired after trying to defend his son in a Title IX proceeding can’t sue Drake University under the “novel” argument that the father is also covered by the education law, a federal judge ruled last month.

Tom Rossley did not suffer retaliation under Title IX because he wasn’t excluded from an “education program or activity” and his son Thomas is an adult, Judge Rebecca Goodgame Ebinger said.

The senior Rossley won an earlier round in Ebinger’s court on the issue of whether he has standing to sue for retaliation under the Americans with Disabilities Act. His son has a learning disability and “word retrieval” problems, which the Rossleys allege were not taken into account in Thomas’s sexual-misconduct proceeding.

“Now Drake University has the dubious distinction of being the first college in the United States to pave the way for all colleges to retaliate against their trustees and all volunteers who might stand up for someone’s civil rights under Title IX,” Rossley Sr. told The College Fix in a phone interview.

The ruling is difficult to analyze because “there’s no direct precedent (one way or the other) applying to the specific facts” on the “highly technical issue” of whom Title IX covers, Title IX expert and Brooklyn College Prof. KC Johnson told The Fix in an email.

He finds the ruling “a defensible position (though a ruling the other way also was conceivable).”

The Rossleys’ lawsuits against the private Iowa university go back to late 2016 and early 2017.

Rossley Sr. wrote an email and a letter in April 2016 to the dean of students, board of trustees and other university members. He raised concerns that Thomas was denied accommodations for his disability and faced gender-based discrimination in the Title IX proceeding.

Rossley Jr. had alleged that he couldn’t consent when his female accuser performed oral sex on him, owing to his intoxication and medications that he took for his learning disability. Yet Drake investigated her claims against him while refusing to investigate his claims against her.

This was despite the accuser claiming Rossley Jr. “wanted” the oral sex even though she didn’t get his consent. She also claimed to have escaped from Rossley Jr. by entering a key code on his fraternity house that she did not know, according to Ashe Schow in The Federalist.

Rossley Jr. was expelled following his adjudication and his father (left) was removed from the board last summer after 23 years as a trustee. The son has filed seven claims, six of which remain to be tried on July 20, his father told The Fix.

Rossley Sr. filed claims alleging retaliation under both Title IX and the state civil rights law, and accused his fellow trustees of breaching their fiduciary duties in how Rossley Jr.’s proceeding was conducted.

The father said he was “not permitted to partake in his son’s Title IX process” – which included more accommodations for his accuser and her family than for the Rossleys – and was “unlawfully denied access” to the board even after “disassociating” himself from his son’s proceeding.

Even accepting his claims as true, Rossley Sr. cannot be covered by Title IX, Ebinger ruled, rejecting his case law and repeatedly calling him a “non-student, non-employee” of Drake University. (She had earlier ruled that his position as a trustee was “much less formal” than even between an employer and an independent contractor.)

Ebinger particularly emphasized that Rossley Jr. was an adult. “Unlike parents of adult children, parents of minor children are granted statutory rights protecting their involvement in their children’s education,” Ebinger said, citing the protections under the Family Educational Rights and Privacy Act as an example.

Stronger claims regarding his trustee role

The Supreme Court’s Jackson v. Birmingham ruling, which affirmed that Title IX covered a basketball coach who was fired after reporting sex discrimination in his program, established that “any Title IX advocate” has standing because reporting an incident is “integral” to Title IX enforcement, Rossley had argued.

“This is a novel argument,” Ebinger countered: “Neither Jackson nor the plain language of Title IX can be extended” to cover a non-employee father of an adult student.

The precedent certainly does not state that “any individual who experiences retaliatory acts outside an education program or activity” has standing, the judge said, citing a 2009 ruling from her own court that already interpreted Jackson to not apply beyond students and employees.

The authorities that Rossley cites do not suggest that “retaliation claims may extend beyond the types of conduct prohibited by” their statutes, whether Title IX or the portion of the federal code governing property rights, Ebinger said: “[T]he Supreme Court has consistently interpreted Title IX causes of action with reference to the specific, education-related language of the statute.”

Even in another case cited by Rossley Sr., a relative of a student was allowed to bring retaliation claims because he was a teacher, which is “more similar to the type of employment-based retaliation previously recognized under Title IX,” Ebinger said.

Rossley’s other three claims will survive through this summer – state civil-rights retaliation, fiduciary breach and contractual breach of Drake’s policies.

Johnson, the Title IX expert, told The Fix it’s questionable “how much this ruling will affect the case as a whole,” since Rossley Sr.’s other claims “are more closely connected to his status as a trustee, and his son’s [Title IX] claim is still alive, too.”

Beyond advocating for his son, Rossley Sr. was “more importantly” warning his trustee colleagues that “Drake’s policies ran the risk of a financial liability for the institution–precisely what a trustee is supposed to be doing,” Johnson said: “The conduct of the Drake trustees in this case is highly problematic.”