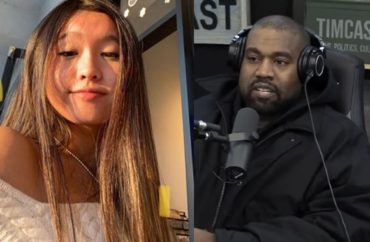 Tulane sent a condemnation of a student’s pro-Kanye essay, then told her she was not safe

Tulane University officials condemned a student’s pro-Kanye West opinion piece on Thursday – and told her the next day she probably was not safe to stay on campus.

“Since I publicly defended Ye two days ago, I have received an onslaught of death threats and calls for expulsion from other students,” Sarah Ma tweeted Friday, January 13. “Now, Tulane is telling me I am unsafe and that I should leave campus.”

While Ma (pictured) received some criticism on January 12 in the morning, including being booted from her sorority, a Thursday evening email also went out from Dean Erica Woodley that criticized the opinion piece.

Since I publicly defended Ye two days ago, I have received an onslaught of death threats and calls for expulsion from other students. Now, Tulane is telling me I am unsafe and that I should leave campus.https://t.co/biEmbp16WT

Ma wrote an opinion piece for a new website called the College Dissident which launched on Wednesday, January 11. The news site is not connected to Tulane University.

Ma’s essay on January 11, titled “Ye did nothing wrong,” defended the rapper, who now goes by “Ye,” for comments he made about Jewish people controlling the media and for wearing a shirt that said “white lives matter” alongside black conservative commentator Candace Owens.

This led to Dean Woodley’s condemnation and a subsequent Friday meeting where officials urged Ma to leave campus for a few weeks.

“On Friday, Ma met with Tulane’s Associate Vice President and Dean of Students, Erica Woodley, who advised Ma to leave campus for at least a couple of weeks because Tulane’s administration does not believe she is safe on campus,” the Dissident reported. “According to Ma, Dean Woodley told her that Tulane could ‘probably’ keep her safe on campus but ‘probably not’ directly off campus. Ma is arranging with her professors to complete the semester online.”

Ma’s meeting came after Dean Woodley sent an email condemning Ma’s article to all Tulane students on Thursday evening. In the email, Dean Woodley wrote that Ma “has caused much distress, outrage and pain, especially in light of increasing instances of antisemitic rhetoric and violence throughout our country.” She added that “Tulane strongly condemns antisemitism, anti-Blackness, and all forms of bias and discrimination.”

Woodley said the student conduct office is investigating the article. “While the importance of free expression on a university campus cannot be overstated, words that run counter to our core values impact our community.”

The university provided a general comment to The College Fix. “Conversations with students are confidential, but we do offer resources and counsel to any student who expresses concerns for their safety,” spokesman Keith Brannon said in an email on Tuesday. He also shared a copy of Dean Woodley’s email.

The Fix had asked Tulane’s media team what jurisdiction the university had over opinion pieces written on independent websites and if the university regularly checks articles written by students for possible conduct violations.

The Fix also asked for more information on the threat assessment and if any investigations have been launched into the threats against Ma.

Brannon did not address those questions in his response.