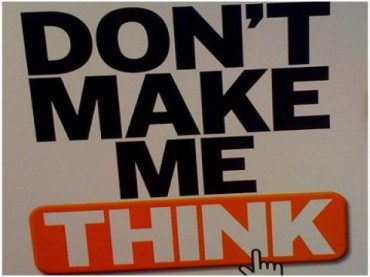 It seems word hasn’t yet gotten around to some (white) academics that uttering the “N-word,” no matter the context or good intentions, is simply verboten.

At the small Iowa institution known as Simpson College, a retired professor who had come back to teach part-time learned the hard way.

According to the Des Moines Register, John Bolen claims it was the first time in his life that he ever said the slur, but nevertheless was “trying to prove a point” about the NFL’s Washington Redskins team name.

“I wish I hadn’t done it because it communicated the wrong thing to students,” Bolen said. “I always believed in equal rights for humans. I’ve fought for that and campaigned for that. I know it’s been very hard on some students, and I feel bad about that. It’s been hard on me as well.”

Of course it doesn’t matter what Bolen’s intentions were … and students want action.

In a statement, the Simpson Student Government Association said Bolen’s behavior and language were “unacceptable.” It also provided a transcript of what transpired in Bolen’s class; a student began recording after the professor’s first use of the epithet.

A couple of days later, the SGA and Black Student Union put out (surprise!) a list of demands which includes mandatory bias training for all staff and students, and development of a policy to “handle incidents of racism and bias.”

The groups also called for Bolen’s termination; however, if this “is not possible” the prof should be “suspen[ded] without pay.” But if that isn’t feasible, he should be forced to give an apology and undergo bias training.

You can’t make this stuff up.

The Register notes Bolen will finish teaching his current philosophy course online, but “will no longer be teaching with the college for future semesters.” He had taught at Simpson for 25 years before returning for the part-time venture.

Simpson Public Relations Director Bryan Geelan told The Fix the college “isn’t allowed to comment on confidential, personnel matters.” A Fix Facebook message to the Simpson SGA went unanswered (despite it being read). The Fix asked Register reporter Danielle Gehr if Bolen had indicated if he was fired or resigned; she said he did not.

Gehr said she would relay The Fix’s contact information to Bolen for a follow-up; however, when she called the professor to do just that, the “woman who answered said they are uninterested in getting in contact because they just want to move forward from the incident.”

In an emailed apology to his students, Bolen offered an explanation on why he used the epithet(s), but noted “rest assured, you will never here [sic] me use the N word ever again.”

Meanwhile, over in the nearby town of Denison, students at a high school by the same name plan to walk out of classes this week because a teacher said the N-word during a class discussion on the death penalty.

Crystal Holt, wife of Iowa State Representative Steve Holt, claims she ended up having to say the term “to give historical context,” according to a report in the Register.

In a Facebook post defending his wife, Steve says students didn’t understand what the word “pejorative” or “N-word” meant during a discussion on hate crimes and racism.

“Students still did not seem to understand so she simply told them the word that the defendant had used in the actual case she was teaching,” the lawmaker explained.

At least one student in the class disputes that claim, saying he and his peers did get what Holt was trying to convey. Another student chided Holt’s “audacity” for saying the word and then defending its use.

In its own Facebook post, the district said it’s investigating the matter and “takes the issue of racism extremely seriously and regrets and apologizes for any impact this has had on anyone.”

In his post, Steve Holt says he only spoke up because now his children have become “targets.”

“Tonight, my 16-year-old daughter began receiving hateful Snapchat messages,” he wrote. “One of the most egregious asked her how it felt to have been adopted by racist parents.”

Late Monday, Steve posted an (audio-only) interview of his wife with radio station KDSN in which she further explains her side of the story:

The Fix reached out to Representative Holt via Facebook for comment via, but did not receive a reply.

UPDATE: Des Moines Register reporter Danielle Gehr attempted to contact Professor Bolen to give him contact information for The Fix. However, the party who answered the phone refused, saying they “just want to move forward.” The article has been edited to reflect this.

MORE: U. refuses to discuss fate of professor sanctioned for using ‘n-word’