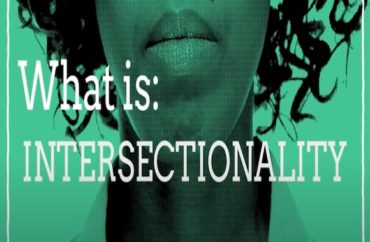 The University of Maryland Student Government Association recently passed a couple of amendments to legislation which would add an “intersectionality” component to the UMD “diversity general education requirement.”

Any official changes ultimately would have to be approved by the UMD University Senate.

As defined by Google, “intersectionality” is “the interconnected nature of social categorizations such as race, class, and gender as they apply to a given individual or group, regarded as creating overlapping and interdependent systems of discrimination or disadvantage.”

According to The Diamondback, the SGA’s Mariam Khan said the intersectionality component is needed at UMD “in order for there to be, not just a more all encompassing, but also more accurate understanding of the forms of oppression and how they’re intertwined.”

However, Associate Dean of Undergraduate Studies Cynthia Kay Stevens told the SGA if the component was a mandate instead of an “urging,” it might not get past the University Senate. This did not sit well with Khan and other SGA members.

Khan, a junior Spanish major, said she felt that intersectionality being a point of dissent among faculty was concerning. …

[…] Khan was not alone, as several other SGA members pitched in to help refine the drafts. Nicholas Marks, the education representative, helped Khan polish the wording of the amendments.

“I wanted to take an active part in its passing,” the freshman government and politics and secondary education major said. “There comes a point when you’re dealing with the legislative process, every bill has to be refined, and so much of what SGA does is refining bills and making sure they’re as good as possible.”

The bill with the additional amendments was passed unanimously.

Marks said that the opposition among faculty to the inclusion of teaching intersectionality was a reflection of the times. He also said he noticed older individuals tend to oppose it, most likely to do with a lack of understanding.

Marks, who recently called for more trigger warnings regarding the appearance on campus of a pro-life group (and was miffed that group left a flyer in his bike’s basket), said that intersectionality is something that affects “the way that we live our lives” but has “largely been ignored by prior generations.”

That may be because the concept wasn’t a thing until 30 years ago and still remains mostly confined to the realm of academia.

MORE: New website allows you to check your ‘intersectionality’ score