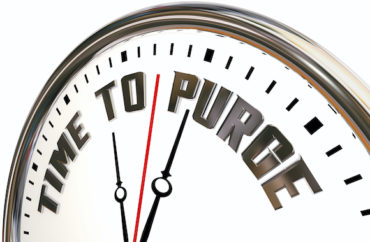 Over 4,000 members of the University of Michigan community have signed a petition calling for the resignation of a university regent … and if he refuses it demands he be recalled.

The reason? According to The Michigan Daily, “not specifically denouncing” President Trump after last Wednesday’s Capitol Hill riot, along with his past support of the president and the state GOP.

“On January 6, 2021, the world watched as white supremacy stormed America’s Capitol, shed blood, and reasserted its dominance in the American political landscape,” the petition reads. “Politicians and community leaders swiftly condemned the events, and more importantly, condemned Donald Trump and his enablers for directly inciting the violence.”

But not Regent Ron Weiser, the petition says. Weiser says he stayed away from television during the DC fracas because he had surgery … and then he opted to watch college basketball. As a result, he said he “didn’t know” if Trump bore any responsibility for the Capitol Hill mob.

Weiser later tweeted out that he “strongly condemned” the violence and called on those engaged in illegal acts to “be held accountable.” He also tweeted that Trump had called for a “peaceful transfer of power.”

The President said this morning that a peaceful transfer of power will occur and therefore the 2020 elections are over. It is time for Republicans to rest, regroup, and focus on defeating the Democrats in 2022.

In addition to the petition, numerous faculty signed on to a letter demanding that Weiser step down as his continued presence brings “disrepute” to the university.

“The University of Michigan is a premier, world-renowned institution of higher learning, dedicated to seeking truth and contributing to the emergence of a diverse, equitable, and inclusive society,” the letter reads. “The Michigan GOP, by contrast, is a partisan organization that has chosen to side with blatant lies, helped foment an anti-democratic uprising, and worked to disenfranchise the voters of Detroit, a majority Black city.”

Weiser told the Detroit News he will not resign.

“I spent most of that ugly day in a dental chair having oral surgery,” Weiser said. “I am guilty of not watching news on TV or watching or using social media. Nothing more …”

LSA junior Ryan Fischer, chairman of the University’s College Republicans, condemned the petition in a text message to The Daily.

“This is an insignificant attack on a great regent, one that is unlikely to succeed,” Fischer wrote. “The accusations levied by recall proponents are empty and impetuous.”

“Beyond his role in elevating President Trump’s fascist movement, Regent Weiser has shielded himself from scrutiny through both his personal donations to the University and his position on the Board of Regents,” Gerstein tweeted. “As the former and incoming Chairman of the Michigan GOP, and his past role as the RNC’s fundraising coordinator for President Trump, he is complicit in the events that culminated in Wednesday’s attempted white supremacist coup.”

The petition is supported by five past UM student government presidents, along with “prominent” campus groups such as the Climate Action Movement, the Graduate Employees’ Organization, the Roosevelt Society chapter and the One University campaign.