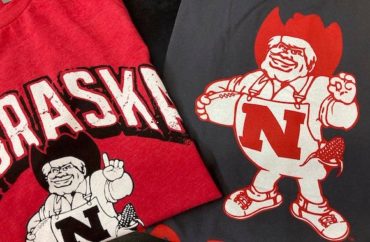 The University of Nebraska has changed its longtime mascot “Herbie Husker” because of what he was doing with his hand — making an “OK” gesture that has become associated with white supremacy.

As noted by the Associated Press, “some hate groups have come to use the gesture as a sign for white power — three straight fingers make a W and the circle formed next to an extended finger makes a P.”

But the original version of Herbie (below, left), which won National Mascot of the Year in 2005, clearly doesn’t have the three extended fingers which allegedly depict that “W.”

Nevertheless, the university altered Herbie’s hand to indicate a “We’re No. 1” signal (below, right) after NU’s apparel provider “and others” brought their misgivings to the attention of the NU athletic department. 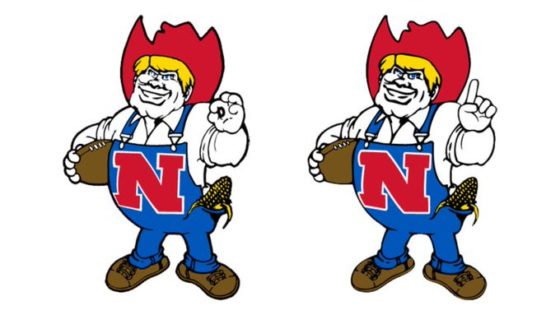 According to the Flatwater Free Press (which broke the story), these concerns first surfaced in July 2020, “just weeks after George Floyd was murdered.” UNL Licensing and Branding Director Lonna Henrichs said the original Herbie “could, in some circles, represent something that does not represent what Nebraska athletics is about.

MORE: When cancel culture attacks: Most endangered species in America may be mascots

“We just didn’t even want to be associated with portraying anything that somebody might think, you know, that it means white power. We made that change as quick as we could,” Henrichs said.

Herbie was created in the early 1970s by Texas cartoonist Dick West who, the Free Press is gracious enough to acknowledge, “presumably [was] thinking about none” of the white power implications of the hand gesture.

Lawrence Chatters, the athletic department’s first senior staff-level head of diversity, equity and inclusion, was hired after the decision was made. He’s proud of the decision. He said he wants the Huskers to be “competitively inclusive.”

“When there is hatred and hurt attached to a symbol, or a word, or a gesture, we have to pay attention to it,” said Chatters, an executive associate athletic director. “We don’t have the choice to just say, ‘well, that’s not what you think it is.’

Although the Anti-Defamation League added the “OK” gesture to its hate database two years ago, it also points out the gesture “in most contexts is entirely innocuous and harmless.”

The Free Press notes the Nebraska fans it interviewed for the story “understand the switch,” but (somehow) only one thought the change was “a tad too politically correct.” The owner of the store Husker Hounds said the original Herbie Husker is “the one that everybody wants.”