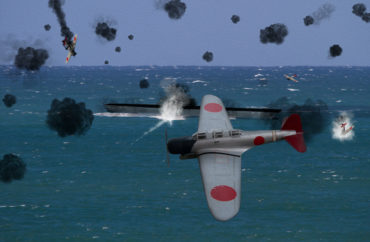 A University of North Carolina course titled “Global Whiteness” puts the onus on the United States and the West for the conflict against Japan in World War II.

Campus Reform obtained the syllabus for the course which describes WWII’s Pacific theater fight as “the first global attack on white Anglo-American hegemony” and “Japan’s attempt to roll back Euro-American colonialism.”

The course’s required text is Theodore Allen’s “The Invention of the White Race, vol. 2: The Origin of Racial Oppression in Anglo-America.”

MORE: Univ. to remove WW II murals because they show too many white people

Driscoll (left), an adjunct in Global Studies, notes in the syllabus’s “Methods” section that he cannot “emphasize enough” how “partial and incomplete professorial knowledge is,” and hence students have a “right and duty” to seek out “alternate truths” about topics discussed in the course.

Selected topics throughout the semester include “Introduction: Racial Science” (which includes a reading from Ibram X. Kendi), “Enlightenment or Enwhitenment?,” “Criminalization of Blackness” and “Whiteness Dispossessed (Whiteness After Obama).”

Some of the topics on which students can do presentations include: