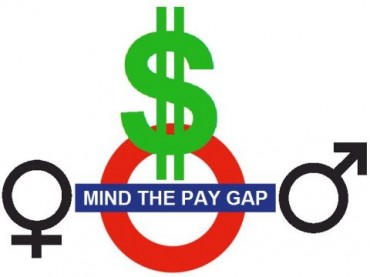 The University of Oklahoma offered up a workshop this past Thursday to female graduate students titled “Start Smart Wage Equity Workshop for Graduate Students.”

The stated objective of the confab was to “help each [student] get paid fairly” and “what [each student is] worth after graduation,” according to Women’s Outreach Center director Kathy Moxley, who led the workshop.

Though the wage gap exists in every career field, the gap is worse in some careers than others, Moxley told students.

Within the first two years of starting a job, a man’s salary will be about $9,450 more than a woman’s salary, Moxley said.

Women of color are affected more by this gender wage gap than other women, Moxley said. For instance, a Latina woman earns roughly 57 cents for every dollar a man earns, Moxley said.

Moxley held a discussion of possible reasons for the gender wage gap, and students posed ideas such as a long history of gender inequality and the fact that men are more likely to ask for higher starting salary.

Additionally, female employees might rationalize their behavior toward wage discrimination, Moxley said. Moreover, women choose to not request a higher pay raise because they do not want to risk the expense of lawsuits or they simply do not think the small inequities they face denote negotiation, Moxley said.

The oft-cited stat is “seventy-seven cents to the dollar” (the former number can change slightly, depending on the outrage du jour) and is almost always cited by feminists as being due to gender discrimination.

Even the Association of University Women (AAUW) had no answer for a (much smaller) actual gap of 6.6 cents for male and female college grads: “We are still trying to figure that out,” its spokesperson told NPR.

The AAUW has now joined ranks with serious economists who find that when you control for relevant differences between men and women (occupations, college majors, length of time in workplace) the wage gap narrows to the point of vanishing. The 23-cent gap is simply the average difference between the earnings of men and women employed “full time.” What is important is the “adjusted” wage gap — the figure that controls for all the relevant variables.

And these relevant variables include things like “differences in occupations, positions, education, job tenure or hours worked per week.”