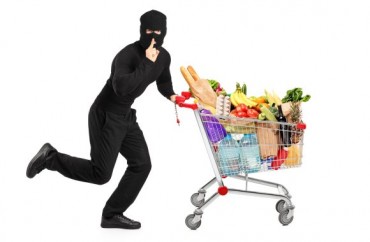 The University of Wisconsin-Madison’s Everett Mitchell believes police should “stop responding to shoplifting and theft at Wal-Mart and Target” in order to reduce the “over-policing” of the community.

According to mediatrackers, the school’s director of community relations noted during a panel about policing practices that “communities should be able to decide for themselves what laws should be enforced,” and that “the ultimate goal of law enforcement is not the actual enforcement of law, but community safety as defined by the community itself.”

Everett pointed out that “theft from big box stores” is something that law enforcement and the community “may view differently.”

To an approving murmur from the audience, Mitchell advocated,“I just don’t think that they should be prosecuting cases or [unintelligible] up cases for people who steal from Wal-Mart. I just don’t think that, right? I don’t think Target or all them other places, them big box stores that have insurance. They should be using justification, the fact that people steal from there as justification to start engaging in aggressive police practices, right?”

He went on to argue that, “I go to these meetings and that’s what they throw up there on the table, ‘look at where all this crime is happening, at the East Towne and the West Towne Mall, and the Wal-Marts and Targets, that’s where crime is happening, that’s why we have to focus so much’…they do that all the time to justify why they’re going to over police our children.”