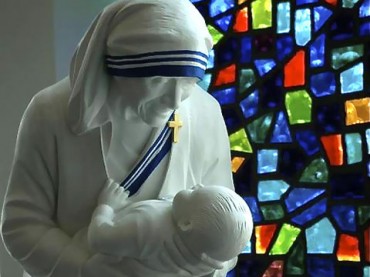 Catholic colleges and other religious employers in California have a new ally in their fight against the state’s newly applied abortion mandate in health plans.

Peter Kirsanow, a member of the U.S. Commission on Civil Rights, an independent federal agency, wrote to Department of Managed Health Care Director Shelley Rouillard to protest her decision that all abortions are “medically necessary” so must be covered in state-approved health plans.

Federal law prohibits California from forcing state residents to pay for abortions if it wants to drink from the federal spigot, Kirsanow said:

California is displaying just such contempt for religious liberty through the enforcement of the [state-level] Knox-Keene Act in defiance of the [federal] Weldon Amendment. California may be free to do so. What California may not do is take billions of dollars in federal money while flouting a federal statute that forbids it from discriminating against individuals and organizations that do not wish to pay for or facilitate abortions. …

The issue here is less what California law requires, but what federal law requires. However, it is also questionable whether the Knox-Keene Health Care Service Plan of 1975 actually requires health plans to cover abortion as a basic health care service, or whether that is a recent interpretative gloss on the statute. …

Abortion services are not specifically listed as “basic health services.” In fact, it appears that the word “abortion” only appears twice in the text of the entire Knox-Keene Act, and it is not in regard to requiring plans to cover abortions.

Kirsanow notes that California’s interpretation of the Weldon Amendment’s reach has changed over the years:

Kirsanow wrote a similar letter to the District of Columbia, whose city council is considering an abortion mandate in health plans, according to the Alliance Defending Freedom.