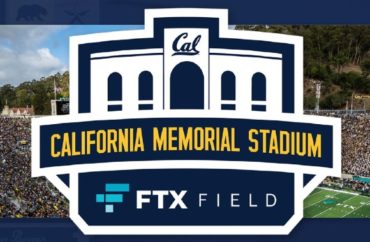 The company, run by liberal megadonor Samuel Bankman-Fried, is currently facing a Department of Justice inquiry, along with investigations by the Securities and Exchange Commission and its Bahamian equivalent.

The company filed bankruptcy and is facing allegations that Bankman-Fried illegally took client funds from FTX and invested them through another company he controls called Alameda Research.

FTX had a 10-year endorsement deal worth $17.5 million to rename UC Berkeley’s football stadium after the company.

The deal was originally planned for 10 years and lasted just 450 days. The sponsorship was inked in August 2021 for $17.5 million. It was paid entirely in cryptocurrency and was the exchange’s first partnership in college sports. With the deal, Cal’s football stadium was named FTX Field at California Memorial Stadium…

…While FTX logos have been removed from the sidelines of the school’s football field, the logo remains prominently on the front page of the athletic department’s website.

Bankman-Fried was the second largest donor to the Democratic Party and affiliated PACs in the 2022 midterm elections behind George Soros, according to OpenSecrets.org.

He is also the son of two liberal Stanford University law professors, Barbara Fried, who runs her own liberal PAC, and Joseph Bankman.

Professor Bankman has consulted with Senator Elizabeth Warren on tax legislation and also served as a legal adviser to FTX, though it does not appear he currently is facing any allegations personally.