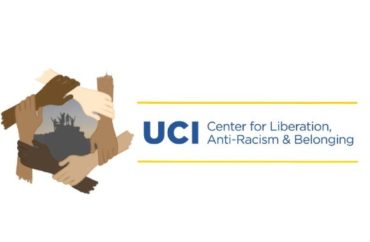 The University of California Irvine has launched a new “Center for Liberation, Anti-Racism and Belonging” to address “issues related to race, Indigeneity and migration.”

“We aim to create a space for folks who share this mission and are looking for a place to belong in the university,” Judy Tzu-Chun Wu, a history and Asian-American studies professor, stated in the university news release.

The center will help UC Irvine become a “research justice university,” according to Professor Wu.

“We want to build connections between all sectors of the university – faculty, graduate students, undergraduates and staff – and partner in ethical ways with community leaders, artists and advocates in order to model what it means to be a research justice university,” Wu stated.

The center also has two research clusters it will unveil at a kickoff event on October 26. One is focused on “Black Digital Humanities and the Hemispheric/Oceanic Politics of Liberation” and another is called “Coastal Aesthetics, Environmental Justice and Indigenous Futures.”

Media relations representative Cara Capuano did not answer questions about the new initiative’s funding and predicted impact, but instead directed The Fix to the university’s news release.

A former New York University professor said such centers like those at UC Irvine, will likely be used to push critical race theory.

Michael Rectenwald, a former professor of liberal studies at New York University, told The College Fix in an email that such centers are simply meant to promulgate the agenda of critical race theorists. Rectenwald left NYU after facing hostility from his peers for his criticism of political correctness.

“The impact of such ‘anti-racism’ centers is to reinforce the belief in ‘systemic racism.’ These centers suggest that racism is endemic to the culture of universities and the United States at large,” Professor Michael Rectenwald told The Fix via email. “These centers are earmarks of the Critical Race Theory (CRT) agenda.”

“They have the effect of guilt-tripping white people for being white, while coddling black students and convincing them that they are victims of said systemic racism,” he said. “Systemic racism is what CRT ‘scholars’ say exists in the absence of any real racists.”

He also commented on the harm that such “anti-racism” centers can produce. Rectenwald said the ills from “[anti-racism] ideology” are “manifold.”

“First, it treats all people of color as victims without agency and thus disempowers them by convincing them that their fate is decided by exogenous forces alone,” he wrote in his emailed comments. “Second, it shames whites and guilt-trips them into believing that they are inherent oppressors, no matter what they do.”

“DEI overwrites merit-based acknowledgement, grading, promotions, and advancement, thus destroying the basis for real achievement,” he told The Fix. “In fields in which people’s lives are at stake, such as medicine, engineering, and more, it will lead to what I have called ‘death by diversity.’”

“The University of California, like the vast majority of the academy today, has succumbed to a pernicious, fallacious, and disabling ideology. Its degrees are not worth the paper they are printed on,” Rectenwald told The Fix.