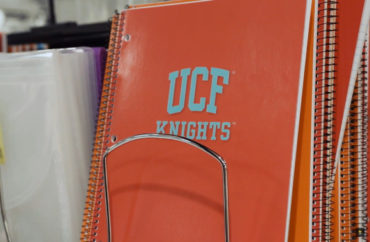 A student at the University of Central Florida was reported in September 2019 to the school’s bias response team for referring to older people as “boomers” on Facebook, which the complainant considered an “ageist slur.”

“This is clearly a violation of the student code of conduct and should not be tolerated by the university any more than calling someone a racial slur,” the complaint read. “Discrimination by age is clearly protected by federal law as well as your golden rule guidelines.”

The Fix is exclusively reporting on the bias complaints it received from UCF in 2020 in the wake of a recent court ruling that called into question the constitutionality of the Just Knights Response Team.

The complaints obtained from UCF also include students who were reported for using the n-word and a student reported for not using preferred gender pronouns.

A three-judge panel of the 11th Federal U.S. Court of Appeals unanimously sent a challenge to the school’s bias response team back to the district court for adjudication.

University of Central Florida’s bias response team program was challenged by Speech First, an organization dedicated to First Amendment freedom on campus. The lower court had ruled Speech First did not have proper standing to challenge the bias team; the appeals court rejected that argument and remanded the case back to the district court to judge the merits of the challenge.

The opinion written by Judge Kevin Newsom had strong words for the bias response team, noting that while the school had argued it has no mechanism to punish students for constitutionally protected speech, the process itself was the punishment.

“A government actor can objectively chill speech – through its implementation of a policy – even without formally sanctioning it,” Newsom wrote.

“Pair that broad, vague, and accusatory language with the task-force-ish name of the investigating organization—the Just Knights Response Team—and we think it clear that the average college student would be intimidated, and quite possibly silenced, by the policy,” the judge wrote.

The JKRT program allows students to report other students and university faculty anonymously for what the students considered to be “bias” infractions.

Under the policy, a “bias act” was defined as any action that “may contribute to creating an unsafe, negative, unwelcoming environment [for] the victim, or anyone who shares the same social identity as the victim, and/or community members of the university.”

In one November 2019 complaint obtained by The College Fix, a number of UCF students were on a bouldering trip to Alabama when two international students were overheard using the “n-word” in a van.

The two students were describing how, in their home countries, the “n-word” wasn’t considered offensive.

“I immediately stopped their conversation and told them to move on,” said the group leader who filed the complaint. “After the car ride was over, I brought them both to a private area and explained how offensive, divisive, and racist, and rude that word is.”

“I explained that UCF has no tolerance for racism, and if they used the word again, they would be removed from the trip.”

But that wasn’t the end of the episode.

In another complaint filed in September 2019, a dorm resident emailed a Resident Assistant and asked for a different roommate. The RA suspected it was because the resident didn’t want to room with a gay person.

The resident mentioned multiple times that he had “respect for his homosexual” roommates, and that they did not do anything to make him uncomfortable. Nonetheless, the RA reported the student to the JKRT system.

The same month, a UCF student was reported for accidentally using the wrong pronouns for an LGBTQ student. In March 2019, a minority student filed a report after she found a banana that was left on her car.

“We wholeheartedly agree universities should be a place for civil discourse and the free exchange of ideas,” said Schlueb in an email to The Fix. “We remain fully committed to encouraging differing viewpoints, free speech and free expression – and we recommit to ensuring our policies are consistent with those ideals. The university continues to work to ensure the related policies are reviewed and are consistent with our commitment.”

The U.S. Court of Appeals for the Eleventh Circuit covers Florida, Georgia and Alabama.