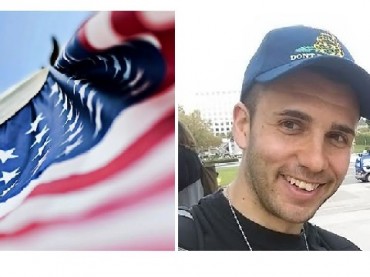 EDITOR’S NOTE: Nick Gallo is a 2nd-year PhD student in the department of computer science at UC Irvine, where an undergraduate student government subcommittee recently voted to ban displaying the American flag on some parts of campus.

Gallo’s epic response to that resolution, a detailed insider’s explanation, absolutely nails how and why a decision like this could take place.

Last Thursday the ASUCI Legislative Council voted 6-4-2 to ban the display of the American flag in the ASUCI lobby. This triggered a huge backlash among students opposed to the measure and received national media attention. UCI administration immediately went into damage control mode, releasing a statement that these students were “misguided” and that this decision was in no way supported by campus leadership. Chancellor Gillman promptly followed up, lamenting how it is “inevitable” when you get a bunch of “young people” together that some of them will occasionally express views that are “unconventional and even outrageous.” “It was outrageous and indefensible,” he exclaimed “that they would question the appropriateness of displaying the American flag on this great campus.”

Where on earth could these “misguided” students have gotten such an “outrageous” idea? Where are they getting their guidance from? Could it be from the administration constantly suffocating the student body with statements about how we need to enhance our “diversity” and “inclusivity?” Could it be their complete failure to identify and champion American values in any meaningful way? Let’s take a closer look.

Rather than addressing this apparent disparity, on Jan. 30 of this year Chancellor Gillman doubled down, asserting via campus-wide e-mail that “in the area of faculty recruitment, we instituted a requirement that all applicants submit with their application materials a statement indicating their past and/or potential contributions to diversity, equity and inclusion.” In the same e-mail, he emphasized UCI’s commitment to “inclusive excellence,” lauded UCI’s workshop on “Identifying Micro-aggressions,” stated that he was forming a special Task Force to make African American students feel more welcome and engaged in campus life and stated the administration’s intention to alter the racial makeup of the student body in order to qualify for a Hispanic Serving Institution designation by the federal government.

Similarly, on Feb. 13, Vice Chancellor Parham issued an unusual e-mail condemning “instances of cultural insensitivity” stating that the administration joins with “our Muslim brothers and sisters” in the aftermath of the senseless UNC Chapel Hill murders of three Muslims and encouraged affected students to utilize the UCI Counseling Center. However, on Jan. 7, when twelve cartoonists in Paris were publicly executed by ruthless Jihadists (and no, despite this juxtaposition, I am not conflating “Muslims” with “Jihadists”) for drawing a caricature of Mohammed, the administration was silent. Despite the international media attention, the administration offered no special counseling sessions or condolences to French students, no statements about “cultural insensitivity,” and didn’t take the opportunity to champion cherished American values of Freedom of Expression and Religion or state our nation’s commitment to securing these freedoms throughout the world.

The message from the administration to the student body is clear: we need to be more tolerant and more inclusive. Minority students feel constantly unwelcome and we need to do something about it.

Six students dutifully applied this logic toward international students in the ASUCI lobby, there was a huge backlash and they were promptly thrown under the bus.

I agree with Mr. Gillman’s retroactive assessment that this resolution was “outrageous.” I disagree with the destructive, hypercritical narrative of America presented in this resolution that is popular among some students and professors at U.S. universities. I believe the flag is an uncompromising tribute to our honored veterans and our fallen soldiers who sacrificed so much to secure the fragile liberty which we have been so fortunate to inherit.

However, I think the administration owes these six students (and the public) an explanation as to why their attempt at “inclusivity” was so “misguided.” Are UCI’s internal policies and statements on “inclusivity” themselves contradictory and misguided? Should UCI offer educational programs arguing against the view of America spelled out in this resolution? We have entire offices dedicated to “diversity,” why not one to promote American values and a healthy understanding of our culture, especially among international students?

What should we tell international students coming to UCI? The voice of the student body is clear: we are a tolerant, vibrant community, we invite you here and we welcome you here. We give you great freedom to express many aspects of your culture within our borders, but there are certain things about

our culture, like the display of our flag, that we simply refuse to compromise, no matter how offensive you may find it. The position of the administration is surprisingly contradictory and unclear. Perhaps it is time we hold them accountable.

Nick Gallo is a second-year PhD student in the department of computer science at UC Irvine. His op-ed first appeared in his campus newspaper, the New University, on March 11, and was subsequently reprinted with Gallo’s permission by The College Fix.

He may be contacted at [email protected].