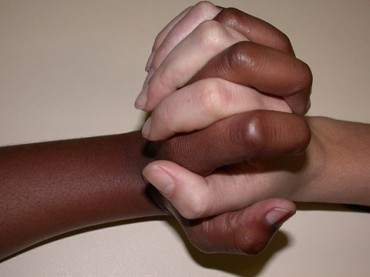 Students will suffer under another graduation burden, opponents say

UCLA’s planned “diversity requirement” only cleared a close faculty vote because self-interested professors submitted their own courses to be considered for the requirement, an opposing professor told The College Fix.

Approved in a 332-303 vote of College of Letters & Science faculty in October and then backed by the Legislative Assembly, the requirement will now be voted on by around 3,600 Academic Senate members, following a petition by a dissenting group of 59 professors and administrators, the Daily Bruin reported.

The bylaws of the Academic Senate state that members can ask for a revote that includes all faculty, regardless of college. Letters & Science enrolls about 85 percent of undergraduates, Belinda Tucker, who helped develop the proposal as vice provost of the Institute of American Cultures, told The Fix in an email.

Freshmen entering that college next fall, and transfer students in 2017, would have to take a diversity-related class in order to graduate if the proposal passes muster again.

The turnaround throws a wrench in the plans of administrators who had expected this winter quarter to be “vetting syllabi for classes that could fulfill” the requirement, not lobbying faculty for another vote, the Daily said.

“Every other campus in the University of California system” except for the new Merced campus “has had a diversity requirement (most for many years),” Tucker told The Fix.

There’s a “very sophisticated and robust body of research” showing that diversity requirements help students “work cooperatively with diverse people … negotiate controversial issues” and give them “greater tolerance,” among other skills, Tucker said. “The experience has been positive” since UCLA’s School of Arts & Architecture instituted a diversity requirement in 2008, she added.

Academic Affairs Commissioner Allyson Bach in the student government told the Daily that it didn’t make sense to have all professors vote on a proposal only affecting one college’s students.

The initial College of Letters & Science vote was just “an advisory straw poll” with no power to impose graduation requirements, but it was still “stacked,” a veteran professor in the college who opposes the diversity requirement told The Fix.

That’s because it included the “presumed” favorable votes of about 150 faculty in the college “who have actually submitted their own course” for the requirement, a conflict of interest, the professor said: “When you put yourself on the ballot, who is not going to be sure to vote for himself?”

Teaching a course that counts toward a graduation requirement is a good way for professors to protect their enrollment numbers and enhance their prestige, the critical professor said. Without those 150 presumed yes votes, the margin becomes 60 percent against, the professor said: That’s a “closer approximation” of how the larger Academic Senate vote will likely turn out.

In a letter to their colleagues opposing the diversity requirement before the initial vote, a handful of Letters & Science professors said the vote organizers hid the opposition arguments on a “password-protected page that very few voters will see.”

The requirement would impose large burdens on students “already struggling to graduate on time,” the professors wrote in the letter. Using the Implementation Committee’s own estimates, they said the school won’t have enough qualifying courses to meet student demand for the diversity requirement: There will be a “deficit” of 2,000 to 3,000 students between new undergrads and the number of undergrads completing the requirement.

Noting that Letters & Science faculty turned down a similar proposal two years ago, the professors wrote that the only “new non-academic development” has been the so-called Moreno report, an external review that reviewed bias and discrimination on campus. That report, however, didn’t recommend a diversity requirement and said faculty and staff – not students – were the main “perpetrators of the more egregious offenses.”

Sensing an opportunity, some student groups plan to lobby against the requirement.

“The Bruin Republicans at UCLA will come out in full force next quarter to oppose adding such a requirement that forces more politically biased indoctrination on students who are already enduring a rigorous academic schedule,” Bruin Republicans President Ryan Jones told The Fix in a statement. The club will hold rallies against the requirement and send representatives to speak to voting professors, he added.

The vote is scheduled to take place online in late February and early March.