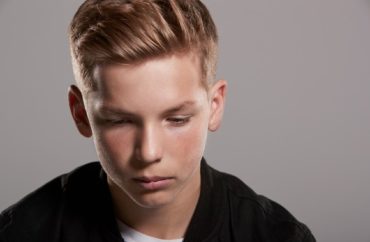 Straight white men who identify as men are hard to reach on the topics of mental health and “affirmative consent,” a mental health expert said in a virtual lecture last week.

Ross Szabo, wellness director at UCLA’s affiliated school for grades 6-12, said that “sometimes” his own white, heterosexual, cisgender male identity “can be a benefit” in reaching young men like him, even though it biases his perspective.

“Engaging Men in Prevention at a Young Age” was hosted by It’s On Us, which started in 2014 as an Obama administration initiative and is now part of the nonprofit Civic Nation.

The initiative was spearheaded by President-elect Joe Biden, who compared supporters of due process in campus sexual misconduct proceedings to the “Nazis” who marched in Charlottesville in 2017.

In his introduction, Szabo said he was going to take a “different approach” to “engaging men in preventing sexual assault.” As he explained, this approach includes directing some young men to channel their aggression into reading and dancing.

The longtime director of the National Mental Health Awareness Campaign shared a deeply personal story about his own struggles with bipolar disorder and depression, and how he has learned to cope with the disease.

Szabo, who developed and incorporated the wellness program into the Geffen Academy’s curriculum, didn’t address the challenges of reaching young men who are black, brown or other identities, though.

MORE: Biden compares due process to ‘Nazis’ on It’s On Us call

‘They’re worried that if they share something, they’re going to be canceled’

Conventional stereotypes of masculinity can be harmful to young males’ mental health, sometimes leading them down dark paths that include sexually assaulting women, according to Szabo.

His unique approach is “trying to help young men be more comfortable with their emotions and their feelings, which in turn, helps open them up to more difficult conversations about affirmative consent and things like that.”

Mental health is not “having stress, or lack of sleep, or a diagnosis,” he said. It’s “how you address challenges in your life.” 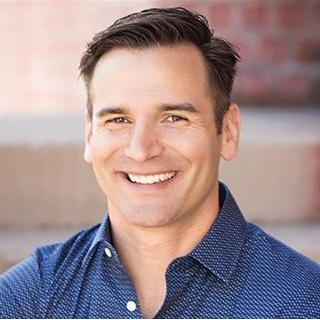 Just as people know they need physical exercise to maintain their health, they must examine their communication skills, relationships, coping mechanisms and “how to build their mind” to maintain their mental health, Szabo (left) continued.

By comparing mental to physical health, it “makes the conversation a lot easier, because it’s a concrete, tangible thing.”

He emphasized that young men relative to young women have higher rates of suicide, substance abuse, isolation and loneliness; are more likely to be mass shooters and live at home throughout their 20s and 30s; and are less likely to finish college and graduate school.

This is not a “slight against women,” who have been the beneficiaries of many programs, but rather to acknowledge that “young males are now struggling in so many other ways when it comes to preventing sexual assault” and addressing mental health.

He claimed around 60 to 70 percent of men do not seek help for their mental health, and solicited explanations from the audience. They cited pride, stigma, weakness and fear of embarrassment.

In my middle school classrooms, I have watched 7th grade boys stop full sentence [sic] with a panic look in their eyes and start crying, and look at me saying “I didn’t mean that,” “I didn’t mean what I was going to say,” even though their sentence wasn’t as terrible as they thought. Young boys are watching everything that is happening, and they’re worried that if they share something, they’re going to be canceled.

Young men need ‘concrete things to work with,’ not concepts

Counter to trends in American education, Szabo cited biological differences between the sexes.

Young women’s brains fully mature three to five years ahead of young men’s brains, and sometimes longer, Szabo claimed. The last part of the brain to develop – the prefrontal cortex – is in charge of “emotional regulation, planning, decision making, and thought processes.”

Young men are also “are hardwired for risk taking,” he said. Prior to full development, their brains are hardwired to create a dopamine release that can come in many different negative forms, such as abusing substances, fighting and making risky decisions.

The challenge is to channel the dopamine release towards more positive activities, such as martial arts and other sports, according to Szabo. For young introverts, their dopamine releases can be channeled into more constructive ends that fit their personality, such as reading and dancing.

They need a “clear definition” and “vocabulary” for mental health, he said. Because so many young men “operate from a linear perspective, giving them linear tools can be beneficial as opposed to talking about mental health as a concept and not having concrete things for them to work with.”

Szabo experienced much loss and change at age 11: In chronological order, his brother tried to commit suicide in college, his grandmother died soon after he visited that brother in a psychiatric ward, his best friend died in a car accident, and his grandfather died.

However, he never discussed his own emotions or what he was going through at the time. Szabo said he started drinking around age 12 as a coping mechanism, having no positive outlets to guide him. Diagnosed as bipolar at 16, he kept drinking and tried to kill himself as a high school senior.

Educators can reach young men much earlier than this, Szabo said: “In a lot of kindergarten through grade eight schools, they use social, emotion learning, which is basically normalizing and helping young people to talk about their feelings.”

One of the most important observations to make in young men: “when is their coping mechanism a release, and when is it a reinforcement?”