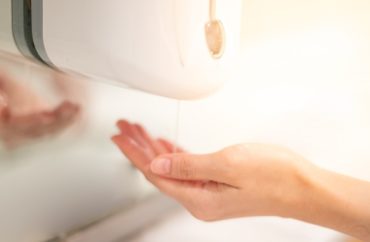 OPINION: Why systemic racism is akin to a conspiracy theory

What comes to mind when you hear the term systemic racism? Perhaps Jim Crow-era laws or banks’ redlining policies?

Well, I’ve got a new one you can add to the list: soap dispensers.

Yes, you read that correctly. According to a recent online debate on “systemic racism” put on by the Bruin Republicans that I attended, soap dispensers are proof that white people are systemically racist against black people, according to some of my peers.

But it’s not just any dispensers, mind you. It’s those high-tech automatic ones. The reason is simple. As one UCLA student claimed during the debate, automatic soap dispensers “don’t see her hands” due to the dark pigment of her skin. As another student reiterated, soap dispensers are racist because they force “black and brown bodies” to show their palms — “the only light areas of the skin” — in order to get soap out.

First of all, let me just debunk the basis of this claim: for anyone who doesn’t know, the sensors on soap dispensers don’t see human hands; they don’t have eyes. They work using a simple device called a PIR sensor that recognizes infrared light, which is emitted by all people, regardless of color (as long as they’re not dead). Also, I don’t know about you, but those darn things never work for me. I can’t remember how many times I’ve banged on one to try to get soap out (yet it never occurred to me to blame anti-Semitism as the cause).

But I digress. The point here isn’t how a soap dispenser works. It’s the idea that students at UCLA actually thought that they were designed with white supremacy in mind.

This, and other claims like it, were not unique perspectives shared by one lone student, but rather a world-view that was reiterated and supported by the over 80 students who attended, or more accurately zoom-bombed, the debate.

Wild dispenser-eque claims abounded: from the argument that “white people fed black babies to crocodiles” to “I had a racist teacher who was racist because she asked me where I was from.”

The scary thing about these claims aren’t the ideas themselves, but rather the world-view that informs them: that systemic racism and white supremacy is all around us, and in everyone, and everything, a person encounters.

These students go about their daily lives and when anything goes even slightly wrong, they immediately conclude that white supremacy, systemic racism, or racism is to blame.

They don’t contend that it is some people who are racist to varying degrees. Nor do they allow that there is a difference between real racism and perceived racism.

For them, racism is not a viewpoint held by shrinking group of misguided individuals, but rather a secret force that exists everywhere, permeates all things, and wields power over society. Sound familiar? That’s because it has a name: conspiracy theory.

Merriam-Webster defines a conspiracy theory as “a theory that explains an event or set of circumstances as the result of a secret plot by usually powerful conspirators.”

The obvious objection is that systemic racism isn’t a conspiracy because it doesn’t fit the definition. But followers of systemic racism blame it on everything, like it’s an omnipresent boogeyman. They use it to explain any outcome they dislike, facts and data aside. Its believers cite their “lived experience” as proof enough. I hear it on campus all the time.

The worst part about this ideology is that it obscures real racism and actual problems we continue to face as a nation, including the continued marginalization of many groups across this country, including so-called “black and brown” people.

When people rant and rave about soap dispensers, it delegitimizes claims of racism when racism actually occurs. Of course there are still racists in this country–I have met some myself. In fact, I have faced real anti-Semitism throughout my life.

What separates believers in systemic racism from people like me is not the belief that there is still racism, or that it continues to guide some peoples’ lives. It’s the idea that all things that have an unfair outcome, from measurable things like standardized test scores, to immeasurable things like “upsetting experiences” can all sweepingly be chalked up to racism alone.

I would argue that systemic racism, as well as its connected tenants like critical race theory, need to be added to the list of modern conspiracy theories.

There are, after all, no institutions left in this country which by law are permitted to promote or allow racist rules, unless you count racial promotion through quotas. Often, as I saw at the UCLA debate, there is little point in arguing with the theorists themselves. They have become so entrenched in their far-fetched beliefs that they consider all opposition to be inherently evil (many of the pro-systemic racism students claimed all opponents to their ideas were simply racist themselves).

Instead, the most we can do is confidently defy their claims publicly to prevent more unknowing people from falling into their grip. This dangerous ideology is no longer confined to debates on college campuses, but has already permeated many aspects of our lives and is seeping into many more, from the news media’s insistence on framing every story to fit its predetermined narrative, to creating biased Ethnic Studies curriculums for public schools (to see the real world ramifications that this is already having, I suggest you read the recent works of some courageous Asian American activists such as Asra Q. Nomani, Wenyuan Wu, and Kenny Xu).

Especially here, in California, we can see this change occurring rapidly, evidenced by the recent approval of the new ethnic studies model curriculum, which still contains many flaws despite going through three edits, and which at its core promotes the Balkanization of California students through race, rather than making them all proud Americans first, not to mention the fear many parents have toward standing up against it.

In order to stop the advance of these ideologies stemming from the toxic and abusive orthodoxy of critical race theory, systemic racism and its proponents must be pushed out of the center of American discourse.

The first step is labeling it for what it is: a conspiracy theory.

MORE: Meet the Poster Child for ‘White Privilege’ – Then Have Your Mind Blown 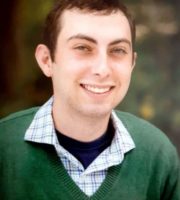