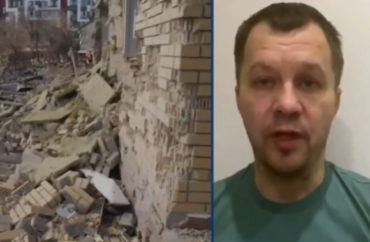 A University of Pittsburgh economics professor and ex-Ukrainian government official has jumped into action, raising a reported $5 million in humanitarian aid and reporting from the scene as bombings continue.

“You understand what is happening, right? Both countries are prepping for a continued war. Russia scrambles troops from psbly Syria, tries to provoke Belarus to join,” Professor Tymofiy Mylovanov tweeted Friday from Ukraine. “Ukraine has mobilized 100s of 1000s reservists and they have been training these two weeks. (We are safe for now).”

Mylovanov is an associate economics professor at the University of Pittsburgh and president of the Kyiv School of Economics in Ukraine. He is a Ukrainian citizen who splits time between Pittsburgh and Kyiv and was in the country when the invasion occurred and now must stay and help fight, TribLive reports.

In a telephone interview with The College Fix on Friday, Mylovanov declined to say where exactly in the country he is, citing safety concerns. He said everyone is traumatized and worried, and there is tension everywhere.

“Everyone is freaking out. Everyone has PTSD. Some people don’t have money,” he said.

He keeps his Twitter feed active, reporting what he sees on the ground and from family and friends.

“As human beings, it is our responsibility to be informed about what happens when other human beings suffer,” he told The College Fix, adding it is important to “find the original facts, form original opinions, and act.”

“I call on all people who read this article to hold to that standard. Find out the truth and act if you need to.”

In the meantime, he also helped launch fundraising efforts for his people.

KSE continues humanitarian aid campaign for Ukraine. We are endorsed by the government and have already raised over USD 5M. There are no overheads, no waste or high purchase prices, targeted distribution, detailed knowledge of needs
Payment details: https://t.co/hFiqqlmRGQ… pic.twitter.com/N1uLPRfoFm

“People are suffering. People need supplies. People need everything from food to medical kits to vests to helmets,” Mylovanov said.

The two main fundraisers, both co-sponsored by the Kyiv School of Economics, are crypto-based fundraisers. One of them utilizes NFT sales to raise funds for the Ukrainian people.

“The Kyiv School of Economics (KSE), together with Ukrainian businesses and state-owned companies, have launched a humanitarian aid campaign for Ukraine. The aim is to provide food supplies, transportation, refugees help for Ukrainian citizens affected by the war and purchase necessary medicines, first aid and protective kits for the State Emergency Service of Ukraine, Ukrainian Paramedic Association, and the Ukrainian Territorial Defense Forces to shield them against Russian aggression,” the donation page states.

This is not the first time Mylovanov has helped raise money for Ukraine. Back in 2014, he said he raised $50,000 to provide medical supplies to injured civilians in Kyiv.

He said that past experience prepared him to help enact a more successful fundraising effort now. For example, he said he learned that purchasing humanitarian aid in bulk is the best strategy: “Having large volumes will allow you to get good prices and get things shipped quickly.”

Mylovanov said he has been in contact with the Ukrainian government to figure out what supplies are needed most. The main focus has been on sending over medical kits and protective gear. However, in this stage of the war, Mylovanov said he believes the funds will soon be shifted to clothing and food.

“We are going to shift to clothes. This is because the Ukrainian government and economy is adjusting to the war shock. They are now pumping out medical kits,” he said.

In regard to the war itself, Mylovanov suggested numerous causes. He cited the mishandling of the Afghanistan withdrawal, the upcoming midterm elections, and even the United States’ behavior.

“Some kind of consequence of the Afghanistan withdrawal and the way it went, and then the midterms elections, of course, shape in many ways the U.S. behavior in this conflict,” he said.

MORE: Conservative college students: Russian-Ukraine conflict would not have happened under Trump