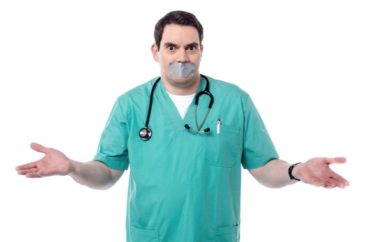 A new policy instituted by the University of Massachusetts Chan Medical School restricts how much faculty are allowed to share about capital punishment and requires employees to adhere to the school’s anti-death penalty position.

UMass Chan implemented the speech limit over the summer after the American Medical Association issued a new Code of Medical Ethics Opinion opposing capital punishment, according to the Foundation for Individual Rights in Education.

The opinion, which the AMA concedes it cannot enforce, nonetheless sets out guidelines meant to dissuade physicians from performing or aiding in legally authorized executions.

But the UMass Chan policy further requires all of its faculty “to acknowledge and abide by this position in the future.”

Its teaching faculty “must not engage in any professional activity which could serve to contribute to the ability of another individual to cause the death of the condemned or to render technical advice regarding execution,” its policy states.

“It is our position that the stark racial inequities in the implementation of the death penalty in the US are so egregious that even lawful activities that could enable governments in some way to perform executions is contrary to the professional standard for SOM teaching faculty,” the policy states. “We see capital punishment as a violent instrument of institutional racism and support all efforts to see it ended.”

When contacted by The College Fix, UMass Chan spokesman Mark Shelton said the school had no comment.

“The policy violates faculty’s constitutional rights by limiting a broad range of speech — for example, research that simply could be used by another to carry out capital punishment — and the university concedes that it reaches ‘even lawful activities,’” wrote FIRE’s Alex Morey in a statement addressing the new policy.

“As a public university bound by the First Amendment,” the school “cannot prohibit its faculty members from providing information to the public, other academics, or state officials, other than in very narrow exceptions not relevant here,” reads the letter authored by Adam Steinbaugh, FIRE’s Individual Rights Defense program director.

“Universities committed to academic freedom may not require faculty members to adopt a ‘position’ on matters of public concern. At public universities, this freedom is reinforced by the First Amendment,” writes Steinbaugh, adding, “such a policy could be easily redeployed to censor faculty on any number of controversial issues, including abortion care and physician-assisted suicide.”

UMass Chan, however, is not only implementing the new policy, it apologized for not having done so sooner.

“The SOM deeply regrets the fact that these prohibitions have not been stated explicitly prior to now,” the school wrote in its statement. “We recognize that failing to actively oppose the current state of US capital punishment could be hurtful to our students, staff, and patients whose race or ethnicity may cause them or their families to be inequitably targeted by these practices.”

The College Fix also reached out to the American Association of University Professors for comment, but did not receive a response. While the group says it exists to protect academic freedom, it is unclear whether it will intervene in a case with racial connotations.

“The inequities, systemic racism, and implicit bias evident in US higher education institutions reflect our country’s failure to redress the harms caused by slavery and by centuries of violence and discrimination,” reads the group’s website, mirroring UMass Chan’s justification for implementing the speech restriction on capital punishment.

Currently, capital punishment is legal in 27 states and is practiced by the U.S. federal government, according to the National Conference of State Legislatures.