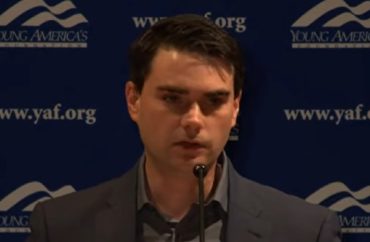 The Eighth Circuit Court of Appeals has ruled against Young America’s Foundation and conservative students who sued the university after it required them to host Ben Shapiro at a smaller venue than they would have liked.

The October 4 ruling is the latest update in a saga that began when Students for a Conservative Voice, Collegians For A Constructive Tomorrow and Young America’s Foundation wanted to have the Daily Wire host and former Breitbart editor speak at the University of Minnesota in 2018.

Two of the three federal judges on the panel dismissed all of the claims against the university. The university changed its venue policy after Shapiro came to campus, and the panel ruled that the challenge to it is now moot.

Alliance Defending Freedom, which represented the conservative groups, said it is exploring its options.

“University officials don’t have the authority to suppress a particular viewpoint on campus simply because they anticipate some students who disagree with it may not respond well,” ADF attorney Tyson Langhofer told The College Fix through a spokesperson on October 13. “Labeling conservative speech as ‘controversial’ and then stifling it on campus prevents students from hearing different viewpoints. It is unfortunate that the 8th Circuit thinks that schools can avoid responsibility by changing their policies and we are considering our next steps.”

The University of Minnesota praised the ruling in an email to The College Fix on October 13.

“The Court’s ruling supports dismissal of the plaintiffs’ claims against the University for procedural reasons. In the opinion, the Court discusses the University’s current policy addressing major events on campus,” spokesperson Jake Ricker said. “That policy further supports the University’s commitment to robust and open debate of ideas, controversial or otherwise, as framed by the First Amendment and other laws.”

The students alleged that the “Large Scale Event Process” violated their Constitutional rights. The public university has now replaced it with a clearer “Major Events Policy” that is based on the expected size of the audience and does not give university officials as much leeway to cite security concerns when approving speakers and venues. “SCV argues that the LSEP contained vague terms which empower decision makers with impermissibly broad discretion,” Judge Bobby Shepherd wrote.

The students had agreed to host the event in one place, sold out tickets within hours and then the university worked with the university administrators to add 49 more seats to the venue, the judges noted.

The university argued that it did not apply the LSEP to the YAF event — and the student groups involved did not submit paperwork relating to it. “Appellants have failed to establish causation at the summary judgment stage,” Judge Shepherd wrote in his majority opinion. “[Appellants] have failed to establish that the alleged injury—the violation of their First Amendment right to free speech—is ‘fairly traceable’ to Appellees’ alleged application of the LSEP.”

Judge Steven Grasz agrees the large event policy controversy is now moot, but wrote in a dissenting opinion that he would allow the First Amendment claims to proceed.

He criticized the ruling for separating the large event rules as a “policy” from the “practice” of how event and speaker regulations are enforced. “UM has a Large Scale Events Policy and practice that it uses to censor, restrict, and inhibit unpopular speech, thus unconstitutionally infringing upon students’ First Amendment and Fourteenth Amendment rights,” YAF and the student groups had argued.

Grasz said the majority opinion did not take into account the entirety of the complaint, which “present[s] general factual allegations sufficient to satisfy the students’ burden of showing injury fairly traceable to the defendants’ conduct outside of, or in addition to, the LSEP.”

The dissenting opinion also said university officials handled the request to bring Shapiro to campus “in a most curious way,” elevating it directly to the university president.

“[Then-President Eric Kaler’s] reaction was swift, and his directive to subordinates was clear and decisive: ‘So have they actually invited Ben Shapiro? I do not want this in the middle of campus—West Bank is a better location.’” Grasz said.