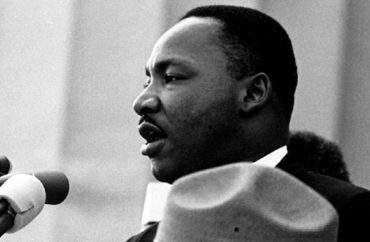 The University of North Carolina Hussman School of Journalism and Media hosted a “student-led” walk-out/sit-out “Day of Action” on Martin Luther King Day to honor the civil rights icon’s mantra of “action and lived experience speak louder than words.”

Due to rain, Hussman staff invited students into Freedom Forum Conference Center to participate, The Daily Tar Heel reports. Organizers hoped to get as many students as possible involved by starting the event just after noon, when many were on their way to class.

Hussman Dean Raul Reis said the event could mean different things to different people. He added the school “is trying to build as a community and become more inclusive” and its DEI — diversity, equity and inclusion — work is “never done.”

Professor Deb Aikat, who “theorizes the role of digital media in the global sphere” according to his faculty page, said UNC “made history” with the walk-out: “I have never seen anything like this,” he said.

Jade Wilson, a graduate student at the Hussman School and member of the Dean’s Student Advisory Council, spoke at the event. They asked questions to the audience, initiating a group discussion with students sharing experiences from their classes at UNC.

They suggested participants consider how they are following MLK’s legacy and what that looks like as a journalist. Wilson said these conversations can carry on to everyday life.

Wilson, whose Instagram says they are a “black, trans, non-binary queer” photojournalist, have “a passion for telling stories through a lens” and “want to uplift voices that have been historically silenced,” according to their Linkedin account.