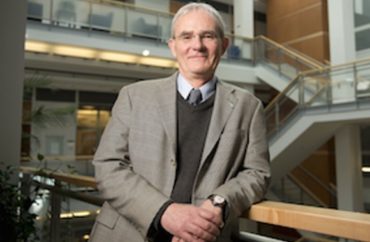 The Office of Research Integrity within the Department of Health and Human Services cited Terry Magnuson with plagiarism.

Magnuson (pictured) oversees grant-seeking for the University of North Carolina Chapel Hill in his role as vice chancellor for research. His office “oversees, develops and supports UNC’s $1 billion research enterprise” and ensures all research meets the requirements for “regulatory compliance” and “ethics.”

But his oversight of ethics should have begun in his own office, according to the summary report from the ORI and HHS.

The genetics scholar “engaged in research misconduct by intentionally, knowingly, or recklessly plagiarizing text from the following three…online articles and one…published paper.”

ORI came to its conclusion following an “assessment conducted by the University of North Carolina at Chapel Hill (UNC), the Respondent’s admission, and additional analysis conducted by the Office of Research Integrity.”

HHS knows Magnuson well, having sent him over $72 million in taxpayer dollars since 1985, according to the National Institutes of Health database.

Magnuson can continue to feast at the taxpayer-funded trough of federal funding, as long as he agrees to a supervision plan that only lasts until January 2024.

This includes asking the vice dean of the UNC School of Medicine to “review Respondent’s grant applications to check for plagiarism and ensure compliance with acceptable scientific practice for citation of prior work.”

“The review will include a discussion with Respondent of the primary data represented in those documents,” ORI explained.

The mandatory review “will include a certification to ORI that the data presented and the text in the report, manuscript, or abstract is supported by the research record and not plagiarized.”

The university wouldn’t tell a local news site if it planned to remove him from his research director role.

“The University follows a federally mandated policy regarding research misconduct, and we hold anyone involved in research activity at the University to that standard,” a spokesperson told Chapelboro.com.

“UNC Media Relations did not respond to a request of whether Magnuson would lose his title as Vice Chancellor for Research,” Chapelboro.com reported.