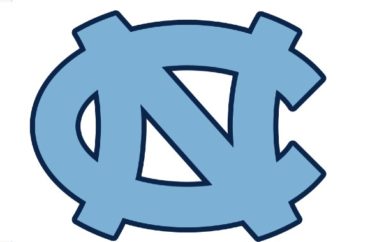 A suspect who is accused of vandalizing a social justice organization’s building at the University of North Carolina at Chapel Hill appears to still be held at a hospital for “medical evaluation.”

Other media outlets have reported he is being held for a psychiatric evaluation, but university officials have not used those words in emails to The College Fix.

“No updates to share at this time,” Kate Maroney, a campus spokesperson, told The Fix via email on Wednesday. In February, the media relations office told The Fix the suspect is still being held for medical evaluation.

The media relations team for the university, law enforcement and the organization vandalized have remained otherwise quiet about the January 24 incident involving someone accused of stealing tax forms, drawing swastikas on the ground and writing the “N-word” at the Campus Y.

The Campus Y “is a collaborative space that unites students, staff, faculty, and community partners in the pursuit of social justice,” according to an online description.

The campus police log lists the breaking and entering and the vandalism as two separate incidents. The log lists the matter as “open” as of Wednesday. Multiple attempts to get further answers from UNC law enforcement have led to dead ends.

The Campus Y did not respond to a Twitter message from The Fix on Tuesday and Wednesday seeking an update on the investigation. Its members have previously declined to elaborate or comment on the incident. The Fix has previously asked Sarah Gladstone Smith, listed in the police report as a witness, to identify the name written on the whiteboard. Smith, a Campus Y staffer, declined to name the person.

“Warrants for arrest are not public record until they are properly served. We can neither confirm or deny if there is outstanding papers for [potential suspect,” Angela Pendergraft, a deputy clerk for the Orange County court system, told The Fix via email last week.

Pendergraft did not respond to an email on Monday asking for further updates.

No word from the police, university

The College Fix reached out to campus police Supervisors Chris West, Tina Neurohr and Paul Hering for an update on the ongoing investigation. The Fix sought information about whether or not the suspect had been arrested, any pending charges, and if the suspect has any known mental illnesses.

A Chapel Hill police officer, Ryan Blue, directed The Fix to reach out to the university on February 18, as it is handling the investigation.

UNC-Chapel Hill Police Captain Ryan Weeks told The Fix that the chief of police, David Perry, “advised that he would respond to [our] request,” in a February 18 email. That same day the university declined to provide information.

Despite a promise from the police department to provide more information, the media relations team told The Fix to stop asking questions.

The Fix sent a follow-up email on February 23 to both Weeks and Perry, but a response was not received. University officials have not provided any further updates in the past two weeks and no public statements could be found by The Fix.

“As we have told you, we have provided you with all the information that we have to share at this time,” another unsigned media relations email said on February 23. The university had told The Fix before that the suspect was still under medical evaluation.

“The arrest warrants will be served when the individual is released from medical evaluation. Those are all the details we have to share at this time,” an unsigned media relations email from the university said on February 18.

The statement on unserved warrants contradicts a January 26 article from The Algemeiner which reported that arrests warrants were already issued.

The suspect also wrote a name on the whiteboard, presumed to be his own.

University officials “must do better to mitigate the threat of white supremacy on campus,” the student paper’s editorial board said in a January 31 editorial. “We support the Campus Y,” The Daily Tar Heel editors said.