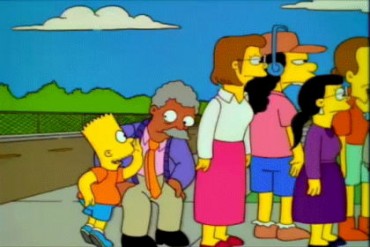 Student activists are wreaking havoc across the country not just because University of Missouri protesters forced the resignations of a president and chancellor (and bullied a professor into trying to quit), but because they can make practically any claim they want with no media pushback.

When they are challenged, they inevitably try to redirect scrutiny and say the grievance is what’s important, not the facts, which are too slippery to pin down.

I wasn’t the only person to notice this and grumble at how incredibly weak the reporting has been on trying to verify the incidents at the heart of these protests.

Fox Sports columnist Clay Travis noted that in an age of constant tweeting, Instagraming and Facetiming, there is zero hard evidence of some of the central events behind the Mizzou protests, which the media have largely taken at face value:

Assuming that this incident even happened, how is Mizzou responsible for what a non-student says off campus? …

Moreover, given that Head also reported that the KKK was on campus last night and that he’d been in contact with the national guard — it’s totally normal for a student body president to be the top liason [sic] for the national guard, right? — isn’t it also fair to question whether this story is awfully convenient for someone who has political ambitions and gains a ton of positive coverage for it? That is, Head gained an awful lot here.

I’ll say. Look at the Head-fattening praise lauded on the precocious president by student government peers at other schools on his Facebook page.

Evidently they’ve forgiven him for spreading baseless racial panic. The Daily Caller‘s Blake Neff preserved a screenshot of Head’s ridiculous Facebook post on the KKK (and his National Guard connection!) before he removed it.

“There's absolutely nothing to indicate that (the KKK is on campus)," MUPD Maj. Brian Weimer said. @TheManeater

In an exhaustive post, The Federalist‘s Sean Davis noted there were zero known images of the “poop swastika” that first inflamed Mizzou last month, and the first public report of it came several days after the “fact,” by Residence Halls Association President Billy Donley, who acknowledged he had only seen a flyer of the mythical slathering.

We will not stay silent. Read the statement below from @RHAPresident pic.twitter.com/xJbPT1oIrI

Davis reached out to a bunch of people who should have seen this thing if it exists, and came up short:

While a mere absence of evidence is not synonymous with evidence of absence, the complete lack of any verifiable photographic evidence of the alleged poop swastika and the lack of any named eye witnesses raises serious questions about the veracity of a racially charged incident of vandalism that eventually led to the resignation of the University of Missouri’s two top administrators.

It took a FOIA request from The Daily Caller to unearth a heavily redacted police report documenting that a police officer observed “a swastika drawn on the wall by someone using feces,” as well as feces on the floor by the restroom door – again, with no images:

A majority of the police narrative is redacted, thus shielding any information that may help determine who drew the swastika and why they did so.

The Federalist‘s Davis butted heads with the top-down PR Magisterium of Mizzou “over multiple days” in a fruitless attempt to get any materials to support these outlandish claims:

When The Federalist contacted the residential custodial services division Wednesday morning, a staffer directed all inquiries about the poop swastika incident to the university’s public relations division, which did not respond to repeated requests for comment or clarification.

We really need another regional outlet – perhaps the Columbia Missourian – to take the lead in re-reporting this meta-narrative from start to finish, the way The Washington Post did in the University of Virginia “Jackie” gang-rape hoax.

First, to establish what factually happened, and what remains unknown, hearsay or claimed by witnesses with ulterior motives (like politician extraordinaire Payton Head); and then, to suss out likely motivations, if the evidence points in any direction.

We can’t rely on university presidents (except for Purdue University’s Mitch Daniels) to remind everyone that a university is predicated on the framework of a robust (and uncomfortable) exchange of ideas.

That’s one reason why we need vigorous and skeptical reporting – to remind the audience we don’t know as much as we think, or to use Greg Lukianoff’s term, that we need epistemic humility.

Universities are going to hell in a handbasket because of brow-raising claims that the media, afraid of being called insensitive (Mizzou’s pathetically apologetic J-school dean isn’t helping), should be investigating critically, not repeating credulously like the world’s worst game of telephone.