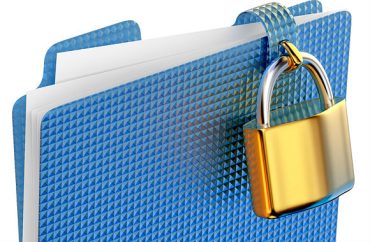 Attorneys for universities under investigation by the U.S. Department of Education are trying to block Congress from obtaining records that detail the schools’ ties with China, according to a May 19 letter exclusively obtained by The College Fix.

The letter, written by the Education Department’s General Counsel Reed Rubinstein, tells lawmakers who requested the documents that the universities’ lawyers “claimed Freedom of Information Act exemptions and legal privileges to block record production to Congress.”

Rubinstein wrote that some schools may be overly aggressive in marking some documents “confidential” or “privileged.”

Nevertheless, he added, staff will contact each school under investigation and let them know which records will be provided to Congress. To block a document being handed over, an objecting school “must provide written specification of the records designated for withholding and specific supporting legal grounds,” the letter states.

The letter does not explicitly state which schools lobbied the department to keep their records confidential.

Rubinstein’s memo is a response to a May 4 letter from several top House Republicans asking the Education Department to turn over documents on all findings or reports detailing gifts from China to U.S. colleges and universities, citing China’s infiltration of the American higher education system and concerns over theft, spying and propaganda.

The letter from Republicans, led by House Oversight Committee Ranking Member Jim Jordan (R-Ohio), also requested details on all open and closed investigations by the Education Department “regarding false or misleading reporting of foreign gifts.”

In February, the Education Department announced it would be investigating Harvard and Yale for failing to report hundreds of millions of dollars in foreign gifts and contracts. The department has said once it began applying pressure on schools in July of 2019 to begin reporting foreign funding, over $6.5 billion in foreign money has been disclosed.

Rubinstein told representatives the Education Department shares their concerns, and campus leaders are also “starting to acknowledge the threat of foreign academic espionage and have been working with federal law enforcement to address gaps in reporting and transparency.”

“However, the evidence suggests massive investments of foreign money have bred dependency and distorted the decision making, mission, and values of too many institutions.”

Rubinstein added that some of the department’s own documents will remain confidential to protect “the integrity of its investigations.”

“Inappropriate disclosure of confidential information could lead to separation of powers concerns and will certainly impair the factfinding and enforcement work Congress has authorized us to do,” the letter states.

He explained some “institutions have yet to produce requested emails, metadata, and other information regarding business relationships with, and faculty funding from, Chinese, Middle Eastern, and Russian foreign sources.”

In March 2018, the FBI released a report indicating some foreign scholars on American campuses “seek to illicitly or illegitimately acquire U.S. academic research and information to advance their scientific, economic, and military development goals.” The report noted the Chinese government “has historically sponsored economic espionage, and China is the world’s principal infringer of intellectual property.”

In the past two weeks, several researchers have been arrested for hiding their financial ties to China. On May 13, Dr. Qing Wang, a former researcher at the Cleveland Clinic, was arrested and charged with making false claims and committing wire fraud after failing to disclose substantial financial backing by the Chinese government.

Professor Simon Ang, head of the University of Arkansas High Density Electronics Center, was later arrested for hiding connections to China when he applied for grants from NASA.

Last week, former Emory University professor Dr. Xiao-Jiang Li pleaded guilty and was sentenced to one year of probation on a felony charge and ordered to pay $35,089 in restitution for filing false tax returns in which he failed to report at least $500,000 in income from work at Chinese universities.

The researchers targeted by the FBI typically take place in a program called the Thousand Talents Plan, which the FBI believes China uses to steal intellectual property cultivated through American research.

In the May 19 letter, the Education Department agrees to host a one-hour presentation detailing its China findings for House Republicans, as well as a separate briefing for Democrats.

“The danger posed to our national interest by undisclosed IHE (Institutes of Higher Education) foreign funding and lax federal enforcement is thoroughly nonpartisan in nature,” reads the letter from the department.