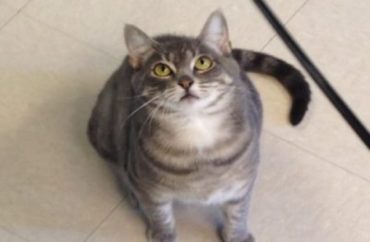 The University of Bristol in the U.K. is offering guidance to its staff on “using pronouns at work,” which includes not only the usual “he/him,” “she/her” and “they/them,” but so-called “neopronouns” as well.

According to The Telegraph, neopronouns are defined as “third-person pronouns that are not officially recognised in the language they are used in.” Like “Ze/Zir/Zirs,” for example.

They also include “emojiself pronouns,” icons which “represent gender in written and spoken conversation.”

Then there are pronouns for what are known as “xenic” individuals, those whose gender “does not fit within ‘the Western human binary of gender alignments.'”

One of these is called “catgender,” where a person strongly identifies with cats “or other felines” or “may experience delusions relating to being a cat.”

Such individuals may use “nya/nyan” pronouns. The latter is the Japanese word for “meow.”

Bristol’s guide says that if staff make a mistake by using the wrong pronoun, “it is important not to become defensive or make a big deal out of it. Simply thank the person for correcting you, apologise swiftly, and use the correct pronouns going forward”.

It urges lecturers to be “proactive” by stating their pronouns voluntarily at the start of conversations and meetings, to create a normal culture on campus that avoids needing to ask one’s pronouns or making assumptions based on looks.

But Debbie Hayton, a transgender campaigner who transitioned from male, feared the guide’s approach risks drawing attention to trans people and “policing thoughts”.

“It brings the whole concept of being a transsexual and transitioning in society into disrepute, we didn’t ask for this,” she said. “Pronouns are there to describe what we see and what we know.”

No doubt U. Bristol professors and other staff are relieved that administrators don’t expect them to “commit every possible pronoun to memory.” And, it’s not required to use pronouns during meeting introductions or in emails.