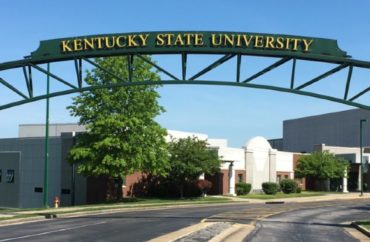 Foundation created to advance mission of Kentucky State University is an extension of it, county judge rules

A judge ruled that Kentucky State University cannot hide details on how it spends money from the public by using its foundation, which it claims is not subject to public records law.

KSU Foundation argued it was not a “public agency” that was “controlled” by the university. Judge Shepherd in his ruling pointed out that everything it did was geared toward serving KSU’s interests.

“The sole purpose of the KSU Foundation is to support and advance the mission of the University,” Shepherd wrote. “It is bound by its Articles of Incorporation, By-Laws, and tax exempt status with the Internal Revenue Service under Section 501(C)(3), to limit its activities to support of KSU.”

“It has no legal authority to do anything other than provide support to the University,” he wrote. “Those facts standing alone establish that KSU has legal control over the KSU Foundation.”

Other judges should see the clear issue with a university having a foundation that exists solely to advance its interests while at the same time claiming to be separate. Purdue University, for example, told The College Fix that the “Purdue Research Foundation” is exempt from public records laws.

The foundation’s chair is the president of the university, and it also “exists to support the education and research missions of Purdue University,” according to a campus spokesman.

For this reason, it’s illogical for universities to claim that their foundations are separate when their entire purpose is to handle business on behalf of a university.

Imagine if the Mayberry Police Department set up the “Mayberry Police Foundation” that handled all complaints against officers, conducted all the interviews for new hires and purchased and sold cars, gear and bullets solely on behalf of the law enforcement agency.

The chief of police and the town mayor are on the board of directors as well. Then, you, a citizen, want to know how much the police department spent on those new Ford Explorers – too bad, that’s all handled through the “foundation,” which is exempt from public records law, even though it’s sole job is to handle governmental responsibilities.

That, obviously, would be complete nonsense.