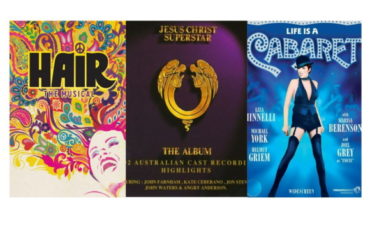 Booted off campus: ‘The Shows They Don’t Want Us to Produce: A Study of Censorship Throughout the History of Musical Theatre’

A student at Friends University was forced to move her recital about songs from musicals that have faced censorship off campus due to donor complaints and content concerns.

Caitlyn Fox’s honors project — “The Shows They Don’t Want Us to Produce: A Study of Censorship Throughout the History of Musical Theatre” — was required to relocate last minute despite its initial approval.

“I was incredibly frustrated and blindsided,” Fox told The College Fix.

Friends University is a private Christian college in Wichita, Kansas.

“The university had to make a difficult 11th-hour decision after receiving a formal complaint from the fine arts department regarding offensive language and sexually explicit content in the recital,” said Friends University spokeswoman Laura Fuller in an email to The College Fix on Wednesday.

“We determined that we could not require staff to work at the recital and therefore it would need to move off campus. The university supports academic freedom and the student completed her recital and none of her content was altered.”

Weighing in on the incident, the Arts Integrity Initiative called the situation highly ironic.

It reported that songs in the performance included “Aquarius” from Hair, “Maybe This Time” from Cabaret, “Gethsemane” from Jesus Christ Superstar, “Schadenfreude” from Avenue Q and “My Unfortunate Erection” from The 25th Annual Putnam County Spelling Bee.

The initiative, which interviewed Fox, noted that since the song list was not publicized — just the topic and title — the outcry was based on its title and theme alone. A warning on advertising materials had also noted it was “for mature audiences.”

“Fox still has to write her thesis on theatre censorship and now, thanks to the school’s actions, she will be part of her own study,” the initiative pointed out. “The university might well just give her the highest marks already, because thanks to their actions, she has already shown that censorship is ever-present, even when a student merely sets out to examine it.”

According to The Wichita Eagle, Ken Stoltzfus, the university’s vice president of academic affairs and dean of the faculty, had sent Fox and her father — Friends Professor Russell Fox, the honors program’s director — an email explaining the situation the same day of the performance.

“I’m writing to let you know that in the past few hours we have received significant complaints from staff members and donors regarding Caitlyn’s Recital/Honors Project,” Stoltzfus wrote.

“People who have worked at and/or supported the university for a long time are considering withdrawing their support if we move forward with having the recital at Friends.”

“[T]his gives the appearance that the university is sponsoring the event, which has concerned a number of people,” he wrote. “We work hard at Friends University to be a close-knit learning community and to find ways to support all members of our community. There is a delicate balance between promoting academic freedom and entering into territory that alienates and offends other members of the community.”

“In light of the complaints we’ve received this evening, I think we are losing that balance and at risk of losing some important members of our community.”

Fox and five other Friends students presented the recital Feb. 12 at Plymouth Congregational Church instead of the university’s Sebits Auditorium, the newspaper reported.

Fox told The College Fix the incident was especially frustrating because days prior to receiving Stoltzfus’ email, he had told her that everything was on track and even wished her luck with her recital.

Jahmarri Green, a student at Friends University, said he thinks it’s ironic that “a play about censorship is getting censored on campus.”

“If they took the time to understand her creative vision and what she was trying to express, I think the school’s reaction would’ve been different,” he told The College Fix.

Instead, Green said he believes the school “felt pressured and had a knee-jerk reaction in canceling the play.”

The College Fix reached out to Stoltzfus for comment but did not receive a response.