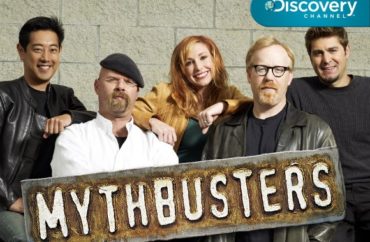 Does Discovery Communications worry that its popular show “Mythbusters” could be confused with a new independent student newspaper at Robert Morris University?

The administration and the student media advisor think the private university could get sued by the media company as a result, and it ordered The Moon Mythbuster – which has both “satire” and “humor” sections – to remove any mention of the university from its website.

It also appears to have ordered staff for the official student newspaper, RMU Sentry Media, to avoid working for the Mythbuster in any capacity, even as freelancers. The Mythbuster was launched last month with the help of the nonprofit Collegiate Network, which funds conservative and libertarian publications.

The Mythbuster gave The College Fix emails from Tim Jones, director of the Academic Media Center and professor of media arts, that lay out the warnings to both Sentry staff and the Mythbuster.

In order to “protect your hard work and ensure access to the experiential learning we all enjoy here in the AMC,” the Mythbuster can have neither a formal nor informal relationship “with programs or student activities in the AMC, including Sentry Media,” Jones wrote Wednesday.

The new publication’s name is “a fairly clear trademark infringement against Discovery,” he claimed dubiously. That would make the university a legal target of the media company because the newspaper’s original homepage identified the Mythbuster as “RMU’s irreverent news site” and said it was written by RMU students and “part of the RMU student media environment.”

Jones argues that a “reasonable reader” might think the Mythbuster is affiliated with the university:

That liability alone threatens everything you do in Sentry Media. I will be communicating with the site, asking that any and all such language be immediately removed, to avoid even the possibility of further action from the university.

The advisor implied that Sentry staff could be disciplined under the student code of conduct for any work they do for the Mythbuster, which he called “an outside (possibly commercial) site” that poses “legal liabilities” and is unaccountable to the university. He vaguely suggested the Mythbuster was not actually “independent.”

Jones said the Sentry’s own content had been halved since the launch of the Mythbuster, and it’s confusing the campus community:

What is this new organization asking for an interview? Why am I being asked for comment by “student media” twice on the same news item? This is a competing site – and I don’t see how that is in the interest of your learning experience or the Sentry Media brand, even if the above problems could be resolved.

The advisor denied these warnings had anything to do with “commentary, satire, irreverent or subversive content. Bring it on!” He said the AMC has a new “Comedy Writers Room initiative.”

Jones sent a second email just to the Mythbuster, making clear the university was ordering it to remove any website materials, including its banner and description, “that suggest an affiliation with Robert Morris University and RMU student media”:

These include trademark liability, the impossibility of support, and the need to protect Sentry Media for past, current, and future RMU students.

Some of the new newspaper’s contributors are “active members” of AMC, and the Mythbuster staff can avail themselves of Jones’ help, he said: “I am here to support you, and would value an opportunity to assist or partner in your media efforts – however irreverent.”

In a subsequent email to the administration shared with The Fix, Mythbuster founder and former Sentry staffer Julian Gregorio said he had changed the banner “since it was not a necessary hill to die on” and revised the “About Us” page to make it “even more explicitly clear” that the newspaper has “no affiliation with the university whatsoever.”

The revised homepage calls the newspaper “Moon Twp’s irreverent news site,” referring to the town where RMU is located. It’s not clear where the line about being “part of the RMU student media environment” originally appeared: A Jan. 27 cached version of the About Us page does not include the line, and it explicitly says the Mythbuster will “complement what already exists” at RMU.

A new line reads: “We are not in the least bit funded or controlled by the University, nor do we claim any association with the school. That’s the best part: we can write whatever we want.”

Gregorio told Potts it was “a big news story that the university so strongly cracked down on the Sentry Media members, saying they must cease contact with my website,” with one staffer telling the upstart paper “they feel their job was threatened.”

Jonathan Potts, vice president of public relations and marketing, disputed that the university has any power to “fire” students from RMU Sentry Media. It’s also not correct that any student is “forbidden from working for your publication.”

Potts said concerns had come from the Sentry’s own staff “that readers might confuse your publication for theirs, which is why we have asked that you take steps to clearly identify yourself as a separate entity.”

He claimed Discovery has “aggressively defended” its trademark for “Mythbusters,” without mentioning any past or current legal actions. “The university certainly has no intention to prevent you from publishing your site or otherwise expressing your views” as long as it clarifies it’s not affiliated with RMU.

The Mythbuster came out swinging against the university in an article Thursday, accusing it of censorship and trying to coerce students not to write for it.

“In a double whammy against campus free speech, the administration is trying to cripple “the only news site run by RMU students that does not accept funding from the university,” Gregorio wrote.

Jones’ missive “threatens to chill open inquiry on campus and limit mainstream journalists from writing for alternative outlets, because the mainstream RMU Sentry Media accepts funding from the school.”

The article warns the university that it may be in violation of President Trump’s executive order on campus free speech, which binds private universities to follow their stated free-speech policies or risk losing federal grants. The Department of Education recently published a notice of proposed rulemaking to implement the order.

The university is trying to portray “mythbuster” and variants as protected intellectual property when the dictionary definition of “myth-busting” shows it’s commonly used, Gregorio wrote.

Potts reiterated what he told Gregorio in an email to The Fix Thursday afternoon: that “no student is forbidden from working for the Moon Mythbuster” and it can’t “fire” Sentry staff.

“Because it does use a trademarked term that has been aggressively defended by its owners, it is in the university’s interest and the interest of RMU Sentry Media that no one confuse the Moon Mythbuster with an official publication of the university or its students,” Potts wrote:

Certainly the university is acting out of an abundance of caution on this matter, but we have no intention to try to stop the Moon Mythbuster from using that name, nor do we intend to prevent it from publishing.

The Fix has asked Potts to explain the divergence between Jones’ emails and his own comments, particularly Jones’ mention of the student code of conduct when warning Sentry staff against writing for the new paper.

The Fix also invited Potts to arrange an interview with the university’s general counsel to lay out Discovery Communications’ history of pursuing legal action against publications with “mythbuster” in the name.

Jones has yet to respond to The Fix to answer the allegations and to further explain the university’s legal position as he understands it.

UPDATE: RMU spokesperson Potts responded to a Fix request for comment after this article was published. His response has been added. Other parts of the article have been modified to clarify the administration claims no student will be sanctioned for writing for the Mythbuster.