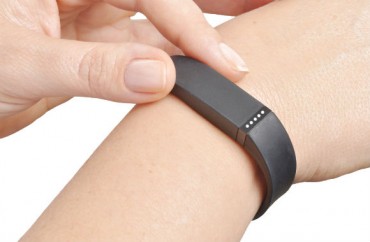 Students wanted an easier way to log their mandatory exercise

Big Brother is watching you. In this case, your footsteps – and the “brother” is a religious authority.

Oral Roberts University, a Christian school in Oklahoma, is taking health to a new level by requiring incoming freshmen and transfer students to walk about five miles per day as measured by Fitbit fitness trackers that they must purchase.

The tech-enabled mandate is an update to a previous policy that required all students to manually log aerobic points in a fitness journal.

The charismatic evangelical university’s Whole Person Education approach dates to its founding in 1965 by evangelist Oral Roberts, but ORU doesn’t appear to have touted the Fitbit mandate until months after it started last fall.

“The marriage of new technology with our physical fitness requirements is something that sets ORU apart” from every other university in the world, President William Wilson said in a press release earlier this month.

Grades docked if your steps and heart rate fall short

ORU claims the Fitbit mandate – 10,000 steps per day and an unstated heart rate, which get automatically logged into a student’s online “gradebook” – came from the bottom up.

“Students have asked us about wearable devices for the university’s physical fitness initiative. So we decided to take the advice of our students,” Provost Kathaleen Reid-Martinez told The College Fix in an phone interview. Fitbit-wearing students must enroll in a designated, graded course that meets once a week with a lecture, as well as a lab period decided between each student and professor. Fitbit data account for 20 percent of a student’s grade, and the rest is based on attendance and a few test scores, Reid-Martinez said. She didn’t say how much grades can be docked for coming in below Fitbit targets.

The school said in its press release that more than 550 Fitbit devices had been sold for roughly $150 each at its campus bookstores, with more purchased from other retailers.

Though ORU praises the mandate for offering “cutting-edge technology” and “convenience” to students, it is aware of the potentially Orwellian ramifications of tracking students’ movements.

Some Fitbit models have GPS technology that tracks how and where students exercise, eat and sleep, along with other personal information, but “the model that we ask students to use is not a GPS Fitbit,” spokeswoman Carissa Bratschun said in a phone interview with The Fix.

“At the beginning of the semester students authorize the data, they allow university to collect number of steps taken and the heart rate,” and nothing more, Bratschun said.

The school has taken on critics who said the automated tracking was invasive.

“Playing devils advocate here,” ORU alumnus Evan Herrman commented in response to ORU’s Facebook announcement. “One more way to infringe on an individual’s rights and keep track of them and what they do… No lying about aerobic points now…#wealldid.”

ORU replied in part: “ORU students use Fitbits to help provide a more automated and convenient means for monitoring their exercise and health” but only have a heart monitor, not GPS capability.

Alumnus Bob Linehart commented: “People who don’t want ORU to ‘infringe on an individual’s rights’ such as these are free to attend a public school.”

“Our feedback has been that tracking exercise is much easier,” Reid-Martinez told The Fix. “It has made students much more aware on where they are on physical fitness on a daily basis versus weekly basis.”

The automated tracking will mean not only that “students can be in Africa for spring break and the system will still be recording data,” but that ORU can use Fitbit data to measure the connection between exercise and academic success, Mathews said.

The program is also expected to save faculty “hundreds of hours each semester” transcribing students’ fitness journals, the newspaper said.

Student response has been more mellow than one might expect from a system that tattles on students for not meeting fitness goals.

Mandatory Fitbit tracking has “definitely made everyone I know more conscious of where they are fitness-wise,” ORU student Christian Monsalve told USA Today College. “Most of them kind of switched gears and started making themselves go to the gym, so I’d say the majority of people do like it, even though it does require a little bit more work.”

Students “don’t like it sometimes when they have to work out” to meet their minimum fitness requirement, student Christian Monsolve told The Washington Times.

“I’ve gotten mixed reviews. I’ve had some people say it looks like an anklet and others say that they are tracking you,” Monsolve said.