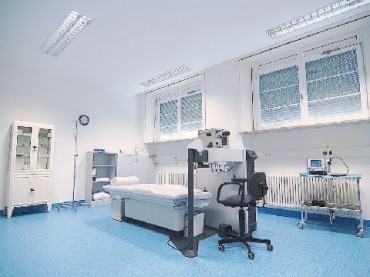 The University of California – San Francisco will launch an online abortion course this Monday, an Internet class being hailed as the first of its kind.

The course will delve into “clinical aspects of medication abortion, aspiration abortion, post-abortion contraception, and pain management for abortion,” as well as topics such as the history of abortion, “abortion stigma,” complications and counseling, its outline states.

“I think that if we can inspire even a small portion of the people who take the course to take steps in their communities to increase access to safe abortion and decrease stigma about abortion, then we have been totally successful,” Dr. Jody Steinauer, associate professor of obstetrics, gynecology and reproductive sciences at the University of California – San Francisco, told The Daily Beast, which first reported on the class, noting an estimated 3,000 people have signed up so far.

The free, six-week class, titled “Abortion: Quality Care and Public Health Implications,” is offered through the university’s partnership with Coursera, an educational technology company that joins forces with universities to offer a wide variety of Massive Open Online Courses. While it is designed for “any clinician, physician, health care worker or student who will care for women of reproductive age,” it’s open to anyone.

“Each week’s lectures will incorporate the stories of women who seek abortion in order to better portray abortion significance and rationale,” its outline states. “Other topics will include a brief history of abortion, the clinical aspects of medication and procedural abortions in and after the first trimester, an overview of patient-centered abortion-care, the basics of abortion counseling, the professional obligations of health care practitioners to ensure that women have access to safe abortion care, and the maze of restrictions that make safe abortion care inaccessible to many women.”

The class has been hailed by left-leaning news outlets as revolutionary and vital because, they claim, access to abortion for women is very difficult, an allegation blamed largely on “a U.S. educational system that ignores the frequency of abortion, producing health care providers who have no formal training in abortion care,” as the Beast’s Samantha Allen put it.

Her report cited a 2005 review of U.S. medical school curricula that found “less than a third of schools include a single lecture focused on abortion during the clinical years.”

In response to news of the course, Donna Harrison, executive director of the American Association of Pro-life Obstetricians and Gynecologists, told WORLD magazine that “obstetricians and gynecologists refuse to do abortions because they choose to adhere to the Hippocratic Oath, not because their education didn’t cover abortions.”

And National Right To Life’s Randall O’Bannon, its director of education and research, stated the reason most medical schools and med students shun learning how to perform abortions is because they “recognize that abortion is the killing of human beings.”

He also questioned the outcome of the course, saying it’s unclear whether students actually expect to be able to perform an abortion after taking the class.

“Chemical methods, some involving drugs available by mail ordered over the internet, others using drugs developed as anti-ulcer medications … can be used (quite dangerously) by the women themselves or by lightly trained medical personnel,” O’Bannon states.

Students who finish the course will earn a certificate, and “AMA PRA Category 1 CME Credits” are expected to be given to practicing physicians and other health professionals who complete the class, its outline states.