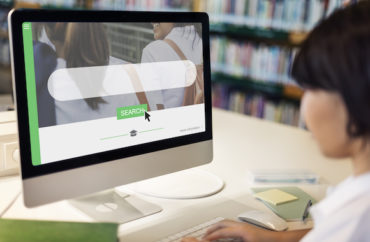 In a recent statement posted to the school’s website, the University Libraries at the University of Colorado Boulder announced that the libraries “have enhanced and added inclusive, non-Library of Congress subject headings to 5,367 library catalog records on the topic of ‘immigration,’ in an effort to foster diversity and inclusion in the libraries and on campus.”

“Subject headings” are a way of indexing and cataloguing library materials. Subject headings “describe the content of each item in a database,” according to MIT Libraries.

Now visitors to the University of Colorado’s libraries “can carry out keyword searches using more ethical subject headings, without being limited to using problematic subject headings such as ‘illegal aliens’,” according to the libraries’ statement. Alternatives to the term “illegal aliens” now include “noncitizens,” “undocumented immigrants” and “undocumented immigrant children.”

Candace Smith, a spokeswoman for the university, said the changes were inspired by an American Library Association effort to remove the term “illegal aliens” from the subject headings of the Library of Congress and replace it with “undocumented immigrants.”

In response to that campaign–which was driven in part by immigration activist students from Dartmouth College–the Library of Congress initially said it would discontinue the use of “illegal aliens” as a search term. But the U.S. House of Representatives subsequently voted to continue using that subject heading.

Around the same time, an American Library Association working group “submitted a report with the recommended alternative subject headings … and it is these subject headings that have been inserted in the bibliographic records in our online catalog at CU Boulder Libraries,” Smith told The College Fix via email.

“There were about 5,500 bibliographic records that were enhanced with the ethical subject headings,” Smith added, stating that the libraries have “no plans to phase out ‘Illegal aliens’ as a search heading, so long as it remains a subject heading in the Library of Congress Subject Headings.”

The new terms “may foster student academic success by creating inclusive atmospheres as one part of the Libraries’ Strategic Plan for 2016-2020,” the announcement on the website reads.

Smith told The Fix that the university libraries “strive to be as inclusive and welcoming as we can to all students and faculty,” and that the libraries’ recent efforts to that end include “a new lactation room and changing table to be more family-friendly, as well as a second gender-neutral restroom.”

The university offers a variety of other opportunities to practice “inclusivity” on campus, including “LGBTQ+ Inclusion Safe Zone Training” and a workshop called “Wait Your Turn: Recognizing and Interrupting Sexism.”

“Participants will engage in group discussions to help identify examples of sexism they experience in their lives and institutions they participate in, and learn strategies to interrupt them,” the sexism training program advertises.