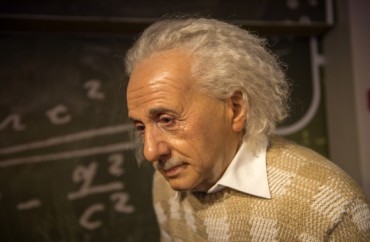 The University of Louisville recently had an opening in its physics and astronomy department, and in seeking to fill that position, it ruled out certain applicants.

Not folks who didn’t have a PhD or those who had never taught before. No, just applicants who happened to have white skin or an Asian ethnicity.

“The post … on HigherEdJobs mostly resembled a typical ad, encouraging applicants ‘with a Ph.D. in physics or a related area, a strong research record and a passion for teaching’ to apply. It also included a standard equal employment opportunity statement saying the University of Louisville is ‘an affirmative action, equal opportunity, Americans with disabilities employer, committed to community engagement and diversity, and in that spirit, seeks applications from a broad variety of candidates,'” Inside Higher Ed reports. “But just under that statement, the ad continued, ‘The Department of Physics and Astronomy announces a tenure-track assistant professor position that will be filled by an African-American, Hispanic American or a Native American Indian [sic].'”

The job posting has since been removed, but not before it caused a firestorm of controversy, Inside Higher Ed reports. Several administrators at other campuses called the ad everything from inappropriate to a violation of federal laws. A University of Louisville spokesperson called the ad an “error.”

But in the end, several scholars voiced disappointment with the ad not because it prioritized skin color, but because it was not nuanced enough. Educators told Inside Higher Ed there are less obvious ways to diversify a department.

That illustrates the real priorities of leftist campus leaders. They don’t want to hire the best candidate for the job, whatever that person may look like (and who cares, anyway?). They want to advance their leftist platitudes on diversity, regardless of what is best for students.

And we wonder why higher education is so broken?