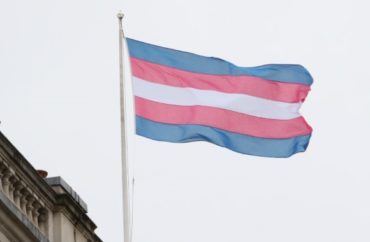 The University of Washington this week edited online materials after accusations the school misrepresented the results of a study of the effects of puberty blockers on transgender and nonbinary teens in an attempt to suggest their mental health improved thanks to such treatment.

The edits were made after independent journalist Jesse Singal looked deeper into the study’s numbers and didn’t find anything to suggest the mental health of the transgender and nonbinary teens improved over the course of the study.

Campus spokesperson Victor Balta told The College Fix: “Some language on the online UW Medicine Newsroom post about this research has been updated below to more directly reflect the findings as reported in the study.”

“This study was accepted and published in the peer-reviewed JAMA Network Open on February 25, 2022, and we will let the report and its findings speak for itself,” he said via email.

The study, “Mental Health Outcomes in Transgender and Nonbinary Youths Receiving Gender-Affirming Care,” sought to find out whether the use of puberty blockers, also known as “gender affirming medicine,” helped the mental health of transgender or nonbinary teens.

According to materials accompanying the February release of the study in JAMA Network Open, the students who received gender affirming medicine had significantly better mental health outcomes at the end of the study than they did at the beginning.

Release of the study was accompanied by a video that claims researchers found “gender-affirming care made a big difference in reducing depression levels for transgender youth.”

But Singal, an independent watchdog who investigated the study’s numbers, didn’t find data within the study to back up those claims.

“The kids who took puberty blockers or hormones experienced no statistically significant mental health improvement during the study,” Singal writes. “The claim that they did improve, which was presented to the public in the study itself, in publicity materials, and on social media (repeatedly) by one of the authors, is false.”

Among subjects who received puberty blockers, the number who reported “suicidal thoughts” dropped slightly, from 43 percent to 37 percent over the 12-month period.

Nonetheless, the study’s authors claimed the students receiving gender affirming medicine “experienced a 60% decrease in baseline depression and a 73% reduction in baseline suicidality over the course of 12 months.”

But the claim that the students who did not go on puberty blockers or hormones declined in mental health also has problems.

For example, the vast majority of kids in the “control” group may have dropped out of the study because their feelings of gender dysphoria weren’t as strong as others. If this is the case, the “healthier” teens leaving the data set will cause the kids with more mental health problems to grow as a percentage of study subjects.

In other words, the subjects that didn’t receive treatment may not have gotten worse, it just appears that way because the ones with fewer mental health problems chose to leave the study.

“If the dropouts had fairly good mental health, that could give the false appearance of the group ‘worsening’ on average, even if individual members of the group aren’t actually worsening,” Singal writes.

Nonetheless, the UW Medicine Newsroom website still claims kids receiving treatment performed better than those who did not.

“In study findings published in JAMA Network Open, the investigators reported that adolescents and young adults who received puberty blockers or gender-affirming hormones had 60% lower odds of depression and 73% lower odds of self-harm or suicidal thoughts,” the website now reads.

Singal told The College Fix he doesn’t think the university’s edits are adequate.

“I think it’s ambiguous but still misleading because they don’t mention the ‘comparison’ group,” he said.

“On the other hand, the problem with mentioning the ‘comparison’ group was it wasn’t really a comparison group — for the reasons I lay out in my piece, you can’t fairly compare the kids who did and didn’t go on blockers or hormones in this article. My sense is the average, untrained reader will read the sentence still on the website and interpret it as communicating improvement on the part of kids who went on hormones and blockers, which wasn’t what happened.”