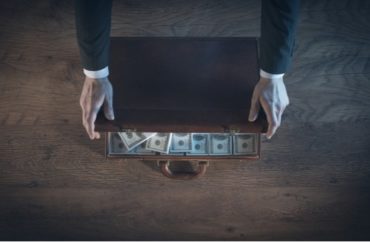 They hope to raise tends of thousands of dollars

The group, Pay Us More UCB, will put the raised funds toward “improving event accessibility, supplies for community-building events and a ‘safety net’ for strikers who may be facing legal fees or docked pay,” The Daily Californian reports. The GoFundMe for that effort had raised a little over $8,400 by Friday afternoon.

The grad students are planning to officially enact their strike on Monday morning. They are “demand[ing] that the University of California Administration grant all graduate students across the UC system a Cost of Living Adjustment (COLA) proportionate to their local housing market,” the GoFundMe page states, stipulating that the raise should occur “without raising tuition and fees on undergraduates, without laying off workers, without slashing graduate admissions, and without any retaliation against students.”

Strike and activist efforts related to COLA hikes have been ongoing at the University of California for several months, beginning with grad students at UC Santa Cruz who in December announced they would withhold final grades until they received the raise. The administration at that school fired dozens of those students at the end of February, citing their “abandonment and sustained willful dereliction of [their] job responsibilities.”

Organizers at Berkeley are evidently committed to maintaining their strike until they receive the COLA raise.

“We want the UC to understand that it is our labor that makes the university run, and this labor deserves to be compensated. We will not stop spreading the strike and working to disrupt the institution by withholding our labor until the University agrees to address our demands,” one organizer said, according to The Californian.