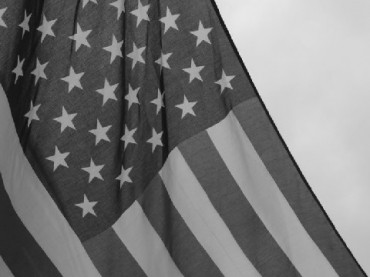 The University of California Student Association board – which represents all 233,000 students enrolled in the UC system’s 10 campuses – approved a resolution on Sunday that calls on the system’s leaders to financially divest from the United States.

The measure cited alleged human rights violations by America such as drone strikes that have killed civilians, and claimed the country’s criminal justice system is racist, among other accusations.

The “Resolution Toward Socially Responsible Investment at the University of California” passed with an overwhelming majority vote of 11-1-3.

“The government of the United States of America is engaged in drone strikes that have killed over 2,400 people in Pakistan and Yemen, many of them civilians,” the resolution stated. “The government oversees, by far, the highest rate of imprisonment in the world, and racial and ethnic minorities are disproportionately targeted by law enforcement agencies, particularly for drug-related offences. 400,000 undocumented immigrants are held in detention centers every year, and millions have been deported since the current administration took office, and the government is directly supporting and propping up numerous dictatorships around the world with weapons sales and foreign aid.”

The resolution also called on UC system leaders “to withdraw investments in securities, endowments, mutual funds, and other monetary instruments with holdings” from the governments of Brazil, Egypt, Indonesia, Russia, Turkey, Israel, Sri Lanka and Mexico, as well as the U.S.

“This resolution aims neither to condemn entire countries, peoples, or communities nor to determine political solutions, but is solely aimed at ending our university’s support of governments that directly engage in and enable human rights violations,” it stated.

A separate resolution passed with a 9-1-6 vote Sunday called for divestment from companies that do business with Israel. That vote was described as a “landmark decision” by progressives for being the “first multi-campus student association to vote in favor of divestment.” The decision was preceded by protests from a large contingent of students who vehemently opposed the measure.

“UC student groups staged a vocal protest during the UCSA meeting, chanting, ‘stop the hate, against the only Jewish state,’ and holding signs telling the UCSA to ‘stop dividing the UCs for an unjust cause,'” StandWithUs reported in a news release.

It is common for universities’ student governments to approve nonbinding resolutions asking their leaders to divest from Israel in what has become known as the Boycott, Divestment and Sanctions movement. UC Irvine, UC San Diego, UC Berkeley, UC Riverside, UC Los Angeles have all passed Israel divestment measures, as have many other student associations at colleges across the nation.

But it’s rare to see a call to divest from America itself.

“Think about that. If they had their way, the student government of the U. Cal. system would require divestment from U.S. Treasuries and most of the world,” Cornell University law Professor William Jacobson points out on Legal Insurrection, responding to the vote. “The U. Cal. student government has proven a point I’ve made repeatedly in terms of the academic boycott: If you are going to boycott Israel, then you need to apply those standards to the whole world, which will result in boycotting yourselves.”

“I’m not glad that the Israel divestment passed, but at least it passed combined with a resolution which made the anti-Israel students and U. Cal student government look like fools.”

But student groups who helped passed the measures have pledged to take their fight to the UC Regents, the 26-member board which governs the University of California.