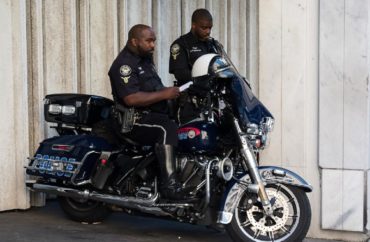 A recent report from the University of California system laid out the future plans for policing across the public university campuses.

The public university system plans to “reconfigure and/or reallocate existing resources to fund and sustain the tiered response model” which consists of “repurposing…sworn officer positions or [full-time employees} to other safety, wellness or social service roles, and re-distribution of campus operating budgets.”

It is part of the “holistic” and “tiered” approach to public safety. “This holistic approach will include mental health, wellness, basic needs, bias/hate response, law enforcement, emergency response and other services through interdepartmental partnerships and cross-trainings,” the report said. The implementation of the report’s recommendations has already begun.

“Multidisciplinary crisis teams will be available 24/7 and triage behavioral health crises, conduct wellness checks, and safely connect individuals to coordinated care, including health and social support resources,” as part of the holistic approach.

One Cal Berkeley law professor said he supports the findings of the report.

“Overall, I think the report is excellent and can make a difference in policing on UC campuses. I especially applaud the increased transparency and the greater accountability through oversight board,” Erwin Chemerinsky, dean of Berkeley Law, told The College Fix via email recently.

“I also think shifting non-law enforcement tasks from campus police to other campus agencies will be beneficial.”

Plan will reduce use of armed police

The safety plan includes minimizing “police presence at protests,” following “de-escalation methods in the event of violence,” and seeking non-urgent aid from UC campus personnel before reaching out to outside law enforcement. These actions will prioritize “deterrence” and “violent crime prevention” over enforcing minor, non-violent offenses.

UC President Michael Drake addressed how the plan will benefit the UC community as a whole in a letter that opened the report.

The plan includes police accountability boards and campus police contributing their service towards the greater good for their community.

According to the safety plan, each campus will have a campus police accountability board, which will review reports regarding complaints filed against UCPD.

“This [plan] is an essential step forward in building the welcoming, inclusive and safe environment that our university deserves,” Drake concluded in his letter.

Also addressing the plan in a safety plan in a video, Drake stated that people in the community “must be safe and feel safe,” thus these changes within the report are necessary.

The Fix reached out to Drake twice via email in the past two weeks for further comment but did not receive a response.

At the end of the report, there is a timeline of “key milestones” of the UCOP safety plan, which includes some taking place this coming Fall up to the Summer 2023.

The Fix reached out to UCLA and University of California San Francisco’s police chiefs Tony Lee and Mike Denson twice via email in the past two weeks.

The College Fix did not receive a response to their comments on the effectiveness of the new safety plans.